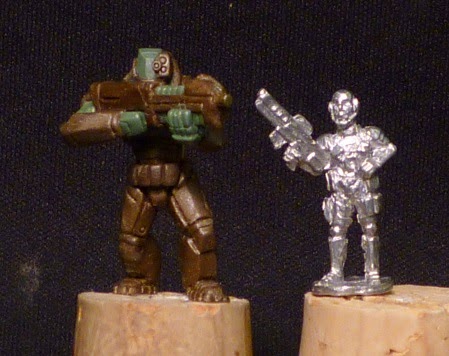 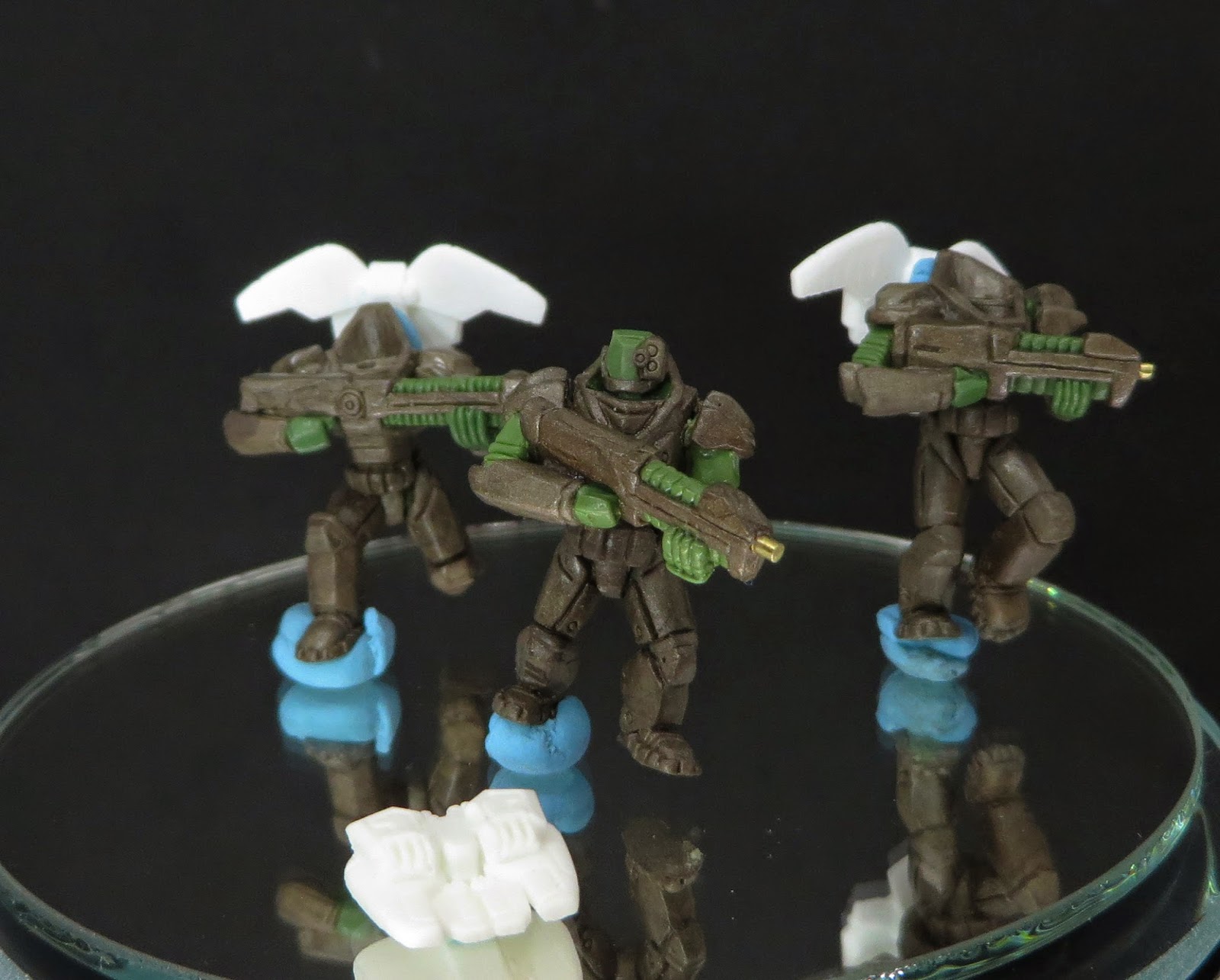 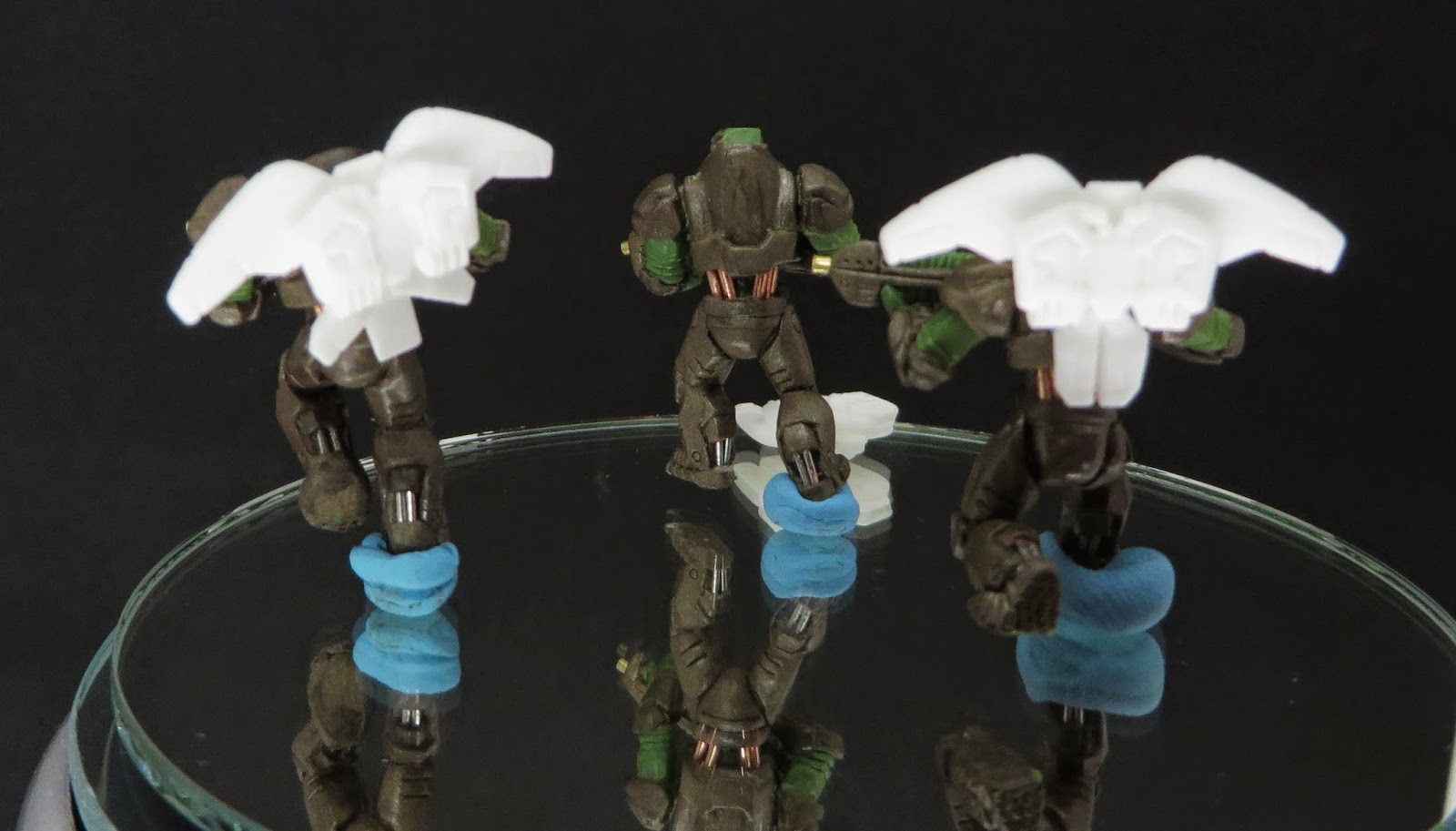 Each operator selected for the elite Wraith squads must have at least all four appendages and spine cybernetically replaced and enhanced. This allows the operator to have limbs that can extend to fit the armored carapace and to directly link with the Wraith armor. 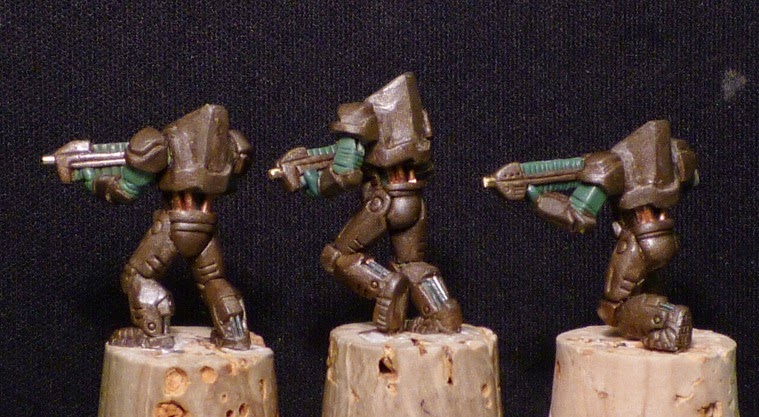 The operator's head and torso are in the torso of the suit while an advanced sensor suite occupies the "head". With the cybernetic uplink engaged the operator and suit act as one and are a deadly force on the battlefield. 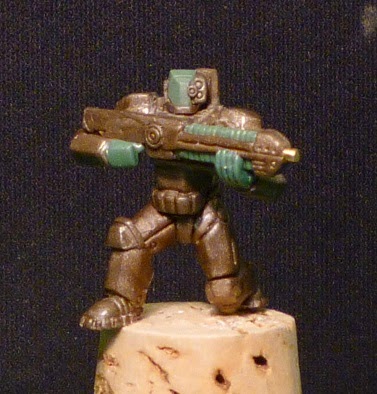 Each squad will come with six Wraith-armored operators armed with a hyper-velocity, large-caliber rifles. One operator is armed with a heavy anti-material sniper/support weapon that can be used in either role. The weapons can select fire each round to provide silenced, normal, armor piecing, or high-explosive rounds. Each squad also comes with optional Jetpacks in a variety of poses. 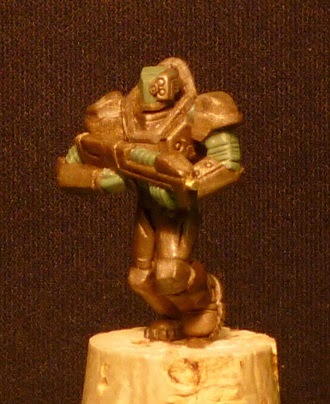 HADES Wraith squads can be dropped from low-orbit and can spend months behind enemy lines causing havoc and disrupting even the largest forces.