So today we are combining two posts from the Ion Age blog into one. Gavin and crew put up the main post about the parts that go into each variant of the Taranis and then a follow up showing the assembled models. I have attached the assembled pics to the parts coverage for simplicity sake.

I think you will all agree that this new armor system drops a giant mass of awesome vehicular goodness on the gaming seen... 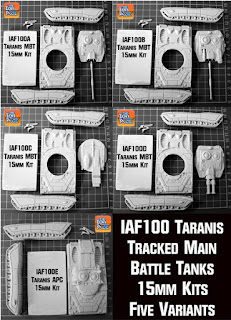 Welcome to the variants and parts article for the IAF100 Taranis Tracked Main Battle Tank. While another article will tell you about the mighty Taranis in the universe of The Ion Age this time around we are all about the physical 15mm scale models themselves. All of the pieces with scale and then all of the pieces together that show what you get with each variant when you receive a Taranis kit. A super cool vehicle designed by Bob Naismith and now in the finest resin! 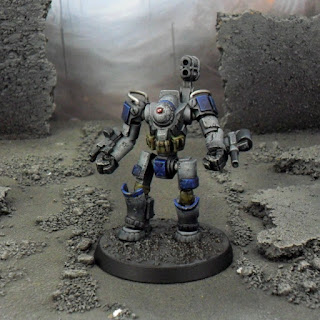 The Cyclops-Class Assault Armor is cutting edge, battlefield tested, advanced combat armor designed to take on the most extreme of threats in any environment and come out on top. 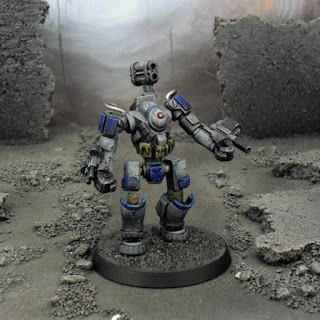 Armed with a shoulder-mounted Mk. 4 AT missile system for hardened targets and arm-mounted 60mm and rapid-fire 30mm autocannons to deliver punishing firepower at any range, the Cyclops-Class Assault Armor is often at the forefront of planetary invasions and urban combat operations. 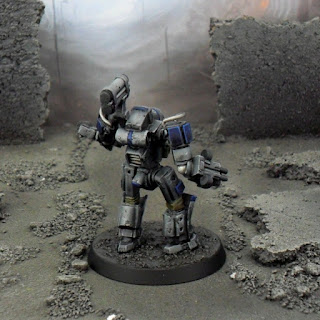 Designed with an armored cockpit for one pilot the Cyclops can also be remote or AI-controlled depending on battlefield threat and ECM levels.

The Cyclops-Class Assault Armor is approx. 45mm tall and is a multi-part 15mm scaled metal miniature. 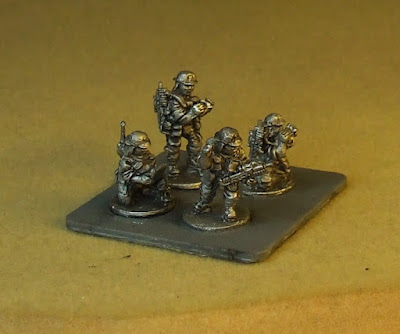 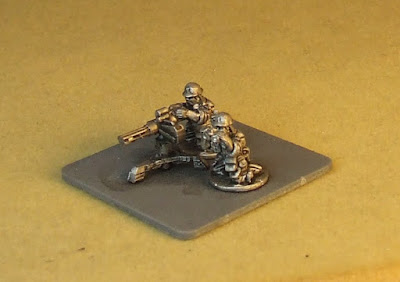 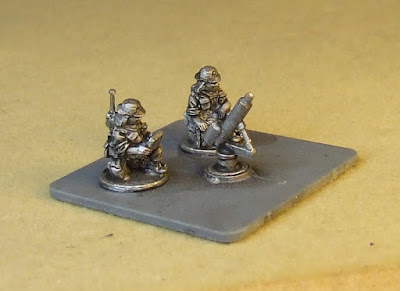 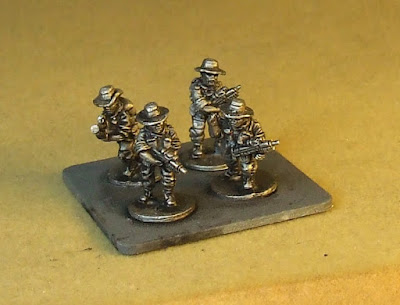 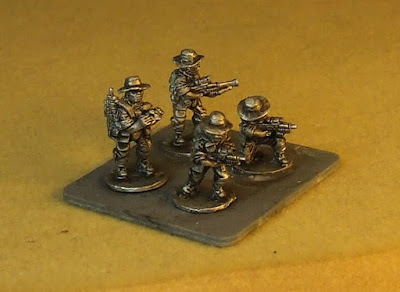 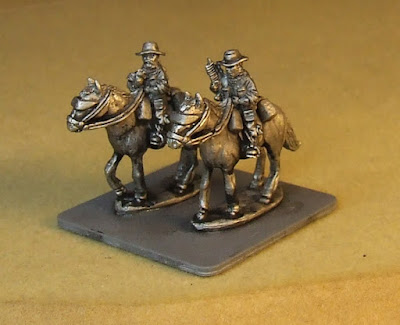 Keith from Armies Army has leaked a couple of teaser pictures for his forthcoming releases.

Hoping to be released in time for the Blast-tactic show in Bristol, UK on October 3rd are the SKOV tank riders and the Russian Federation forces in exo-suits. 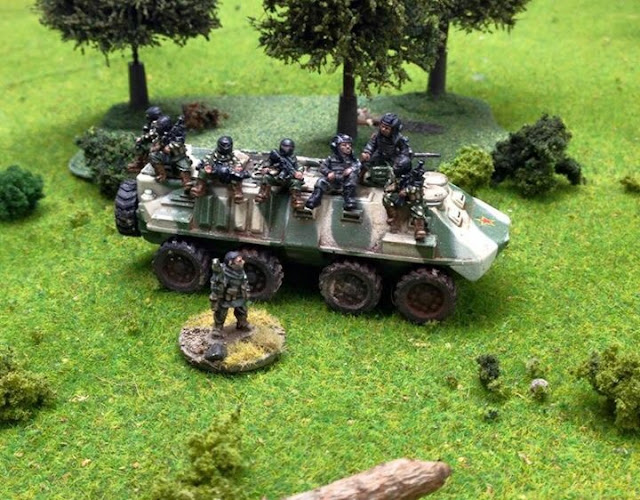 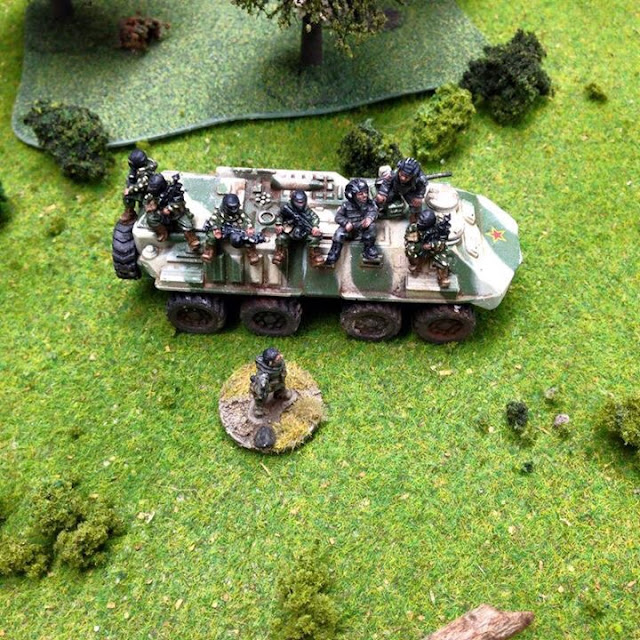 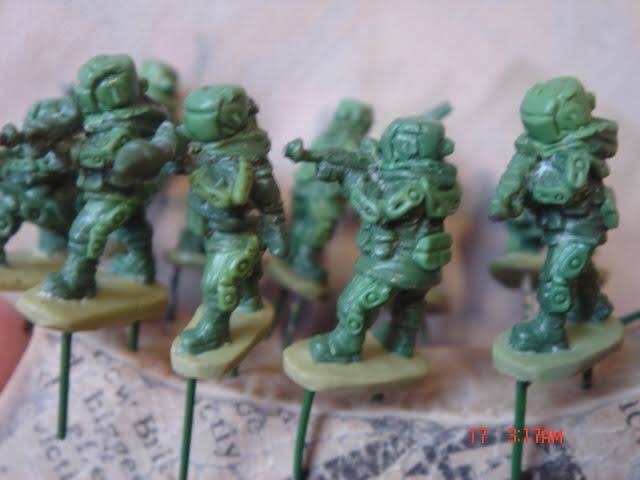 Keith also hopes to have the long awaited 'Pegasus' tilt rotor VTOL for sale at Blast-tastic as well as a BTR 6 wheel variant and a new APC. 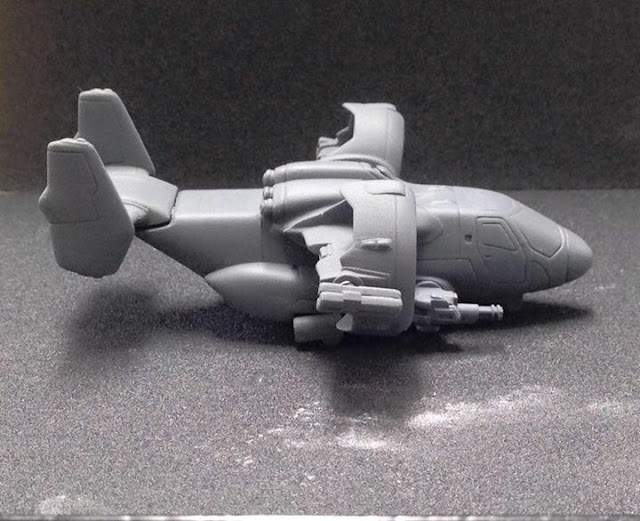 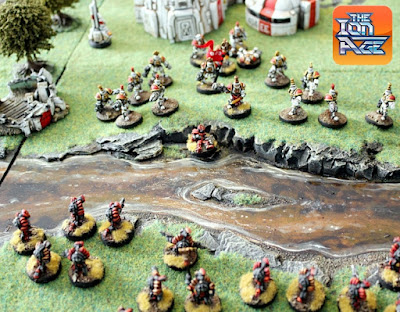 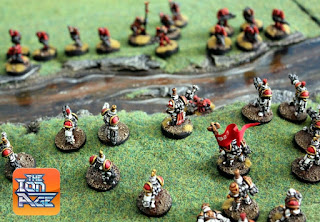 We can finally show off the 3D Prints for the Talos and the Fiddler. The pictures speak for themselves so we'll say no more! Now only the alternative weapons for the Fiddler remain to be printed.

Casting for the rest of the items is still on-going so we expect to begin shipping relatively soon as all of the miniatures are now in production. We're now just playing the waiting game as boxes of miniatures begin to pour in from the talented casters at Prodos.

So ever onwards towards the final closure of this kickstarter! They'll be in your hands very soon! ;) As always, thank you from both of us here at WDM!

Free Worldwide Shipping on orders over 10.00GBP until 18th September 2015

We are offering free worldwide shipping on all orders from now until 18th September 2015 at 15mm.co.uk. This covers all of our 15mm scale Fantasy, Science Fiction and Historical lines as well as all our books and paint range and scenics too. Just choose what you want and add it to your cart and as long as you have at least 10.00GBP of product in the cart you will pay no shipping if you live in the UK, Europe, USA or anywhere else on Earth (sorry we don't yet deliver to Mars).

You need do nothing but add to cart the rest is done for you. Increase your forces today!

See our current DEALS and OFFERS.

Currently you can save 20% on the HOT32 Sphinx and also 15% on the whole Security Force Alpha range as well as fantasy skirmish packs and japanese fantasy packs too. This offer applies on top of existing deals!

Knights of the Ion Age

“MkII Noblesse Powered Armour. Stopping short of actually building armour that must be piloted rather than worn the awesome Noblesse pattern is worn by Desteria Knights into the thick of battle. Fully sealed titanium alloy with an average of 27mm thickness across the body Noblesse makes use of the Chameleon Circuit and also uses the Celo 9 ultra thin layer of insta-nate ablative shell designed to shatter when impacted by enemy fire. This additional layer of protection along with paldrons of re-enforced titanium makes Noblesse three times more protective than MkV Alwite. Some Desteria fit the large Delver X jump jets to their armour while others opt for the cabled generator cells for on board energy based weapons such as the Valerin laser. All Noblesse armour features the flexible manipulator Impact Fist which can perform delicate tasks as well as smashing up to one foot of rubbacrete. Noblesse carries a built in primary weapon on one arm with large sealed ammunition reserves.” 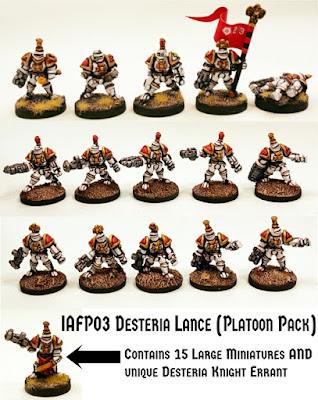 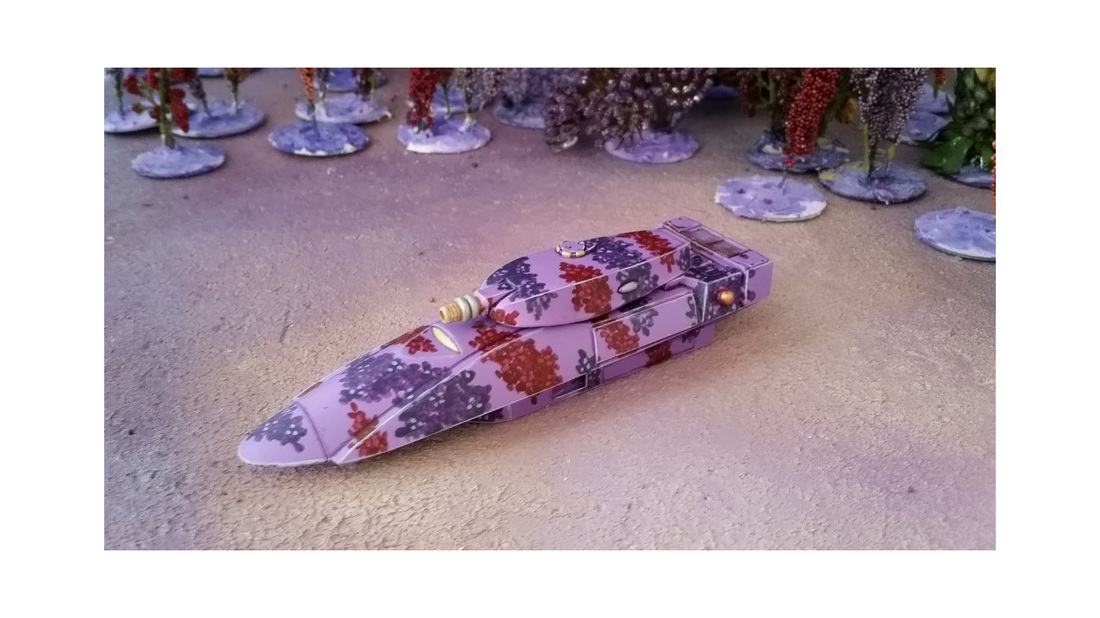 Kostrad is the strategic reserve formation of the Indonesian army, typically receiving the best troops and equipment. Today our 15mm Indonesians receive the first deliveries of a new series of grav vehicles, matching the 6mm versions that came out some time ago. 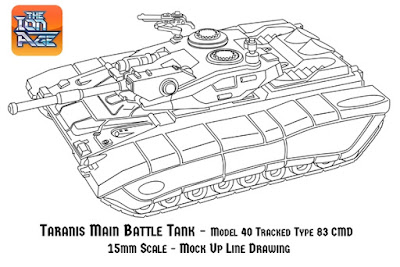 Here we are in a new month with a new special figure being offered from the folks at The Ion Age. September brings the Muster Cutter Trooper. The Muster are the tough as nails, regular ground forces in the Ion Age and this special heavy weapon trooper stands out among them.

Like all of the special monthly miniatures, this one comes free with all orders through the month of September. It can also be purchased separately for those wanting just the miniatures or multiples.

For more information on this and other Ion Age releases, head on over and read - HERE
Posted by Eli Arndt at Wednesday, September 02, 2015 No comments: