A quick heads-up for DH that the three new packs we released at WARFARE are now on the store and available to buy - these rather slipped out unnoticed as I launched the Xmas offers at the same time!

We have the first pack of DARGHAUR for TW as previewed a few weeks ago, plus command/comms packs for the RA and DPRG forces from the Tomorrow's War range: 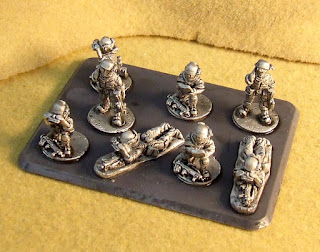 The world of 15mm Sci Fi continues to expand. Hydra Miniatures, already famous for the War Rocket and Retro Raygun pulp ranges, they now join our noble ranks with the Xeno 15 product line. From their announcement:

Our 2012 Xmas Special starts from 00.01 (UK time) hours on SUNDAY 25th NOVEMBER and runs until MIDNIGHT (UK time) on Thursday 20th December. All qualifying orders (which are all those for over £30 of product, EXCLUDING VAT AND SHIPPING*) will get TWO specials included:

1) All orders for £30 or more of goods at list prices EXCLUDING VAT* get a FREE GOODIE BAG of extra minis and stuff - how much you get depends on the size of your order, and we'll tailor most of the contents to fit the kind of items you are ordering (plus the occasional novelty item or a sample that might tempt you into other ranges and scales...). What goes in the bag is OUR choice, so no cheekily asking for particular things please, but those of you who have had our previous Xmas deals will know that we give you a generous selection of items that you can actually use for your armies/fleets!

Rebel Minis has finally closed a gap in the Sahadeen range - by releasing a pack of command figures.

Just like most of Rebel's command sets, the Sahadeen pack includes two each of three different figures. I've always been a fan of this figure range... they've seem like some kind of cross between Dune Fremen and the Abydonian people from Stargate. And now there is no excuse not to collect a Sahadeen force.

RAFM has enhanced their Insolani alien range with this cool Support Walker. 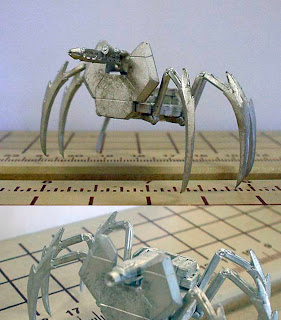 This spidery walker sports two different weapon options - a mortar and a heavy machine gun. And it's a pretty big beast - about 2" long from the look of the pictures. It would look nice with pretty much any insectoid or biomechanical force.

Corsec Engineering has a much larger release this week. After a bit of experimentation with his laser, Jonathan has launched his 15mm range of Flat Pack Terrain Accessories.

I'm going to try two different concept pieces when my order arrives... one will simply add these to an electrical box to make a very inexpensive building, and a second by using these accessories to "futurize" a GameCraft Minis MDF Walled Compound.

For some time now, this pack of Rim Mercenaries had been sitting quietly in the HOF Humanity section at 15mm.Co.Uk.

It's a nice little pack of figures, but it never did receive much buzz. I'm sure that many folks just weren't quite sure what to do with these. I actually split up my pack, using the left and right poses with GZG Ravagers and assigning the middle pose to the unrelated HOF Post Apocalyptic Warriors pack.

And if the figure counts/pack sizes don't work for you - all Rim Merc poses are available as single castings.

I really like the direction being taken by this range - it has become a great assortment of rag-tag fighters. They are ideal to use as near-future guerillas or insurgent fighters, or a force slapped together to enforce the will of a petty dictator. The officer would be a great dictator figure, either in a future third-world Earth nation or on some backwater colony world.

GameCraft Minis is having a sale in honor of Veterans Day Weekend.

It's a great opportunity to pick up buildings from their modern and Tomorrow's War ranges. Some of the recent additions:

And don't forget about the MDF Spaceship Interiors for building your guncrawl tables. Check out The Angry Lurker for a great review of those items.
Posted by Chris K. at Sunday, November 11, 2012 1 comment:

This campaign is designed to provide a push to his next release, the Greater Britannia Commonwealth Forces. Representing UK forces in the near future, contemporary to his original RUSKS (near-future Russians), they have a gritty, real world +20 years feel to them that will make them an honest and perfect addition to anyone playing hard science fiction miniatures games. 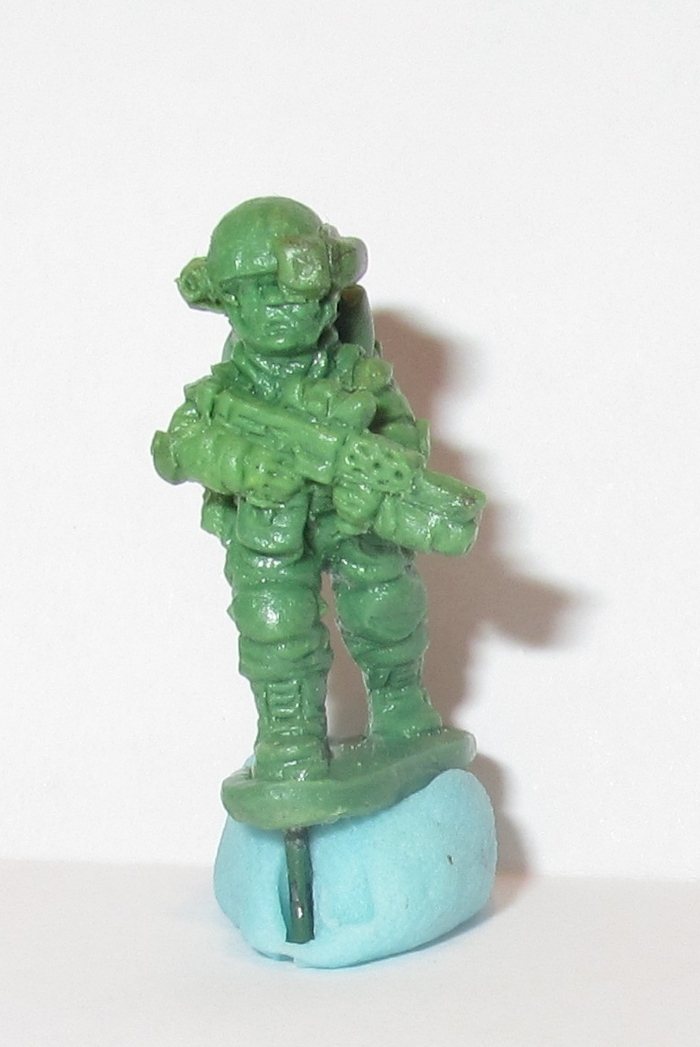 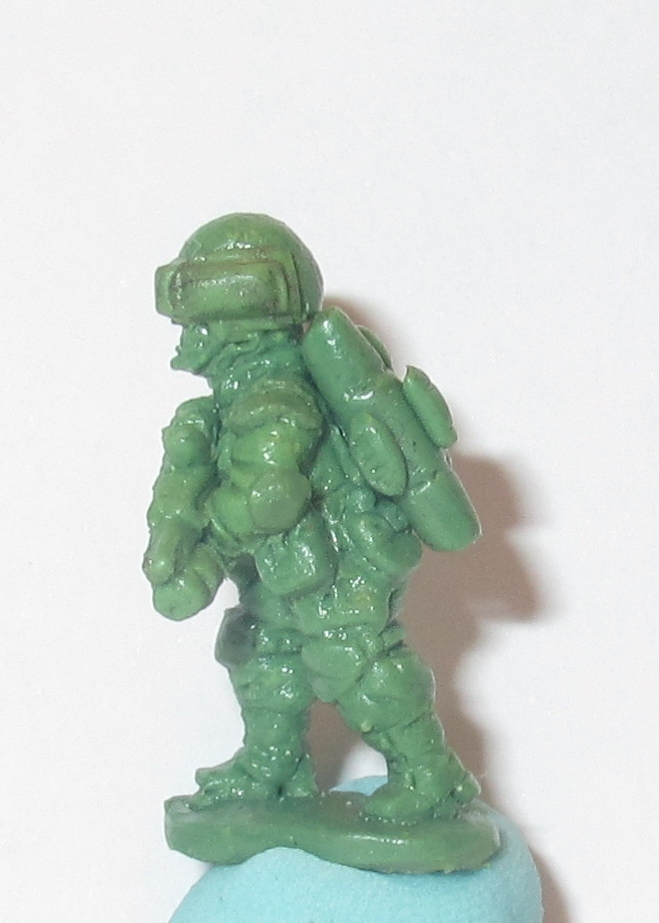 As with many Kickstarters, this one offers a number of Stretch Goals, including basic infantry in alternate headgear, command, support, even commandos. These Stretch Goals will be made available to backers at certain levels and as add-ons. 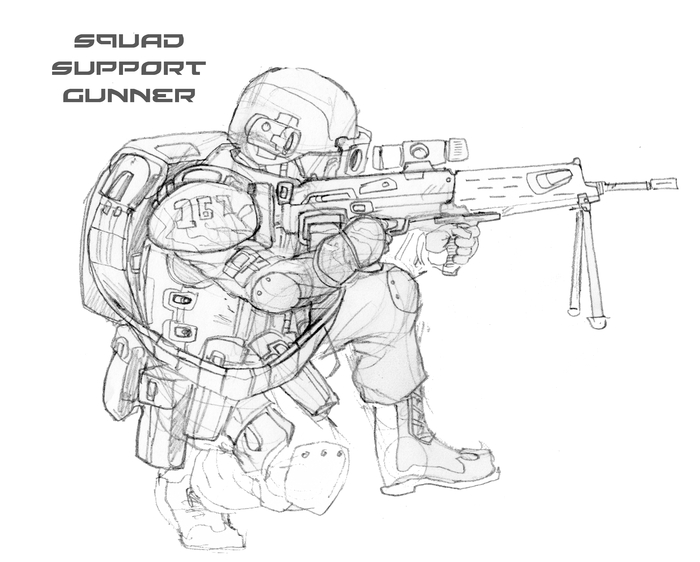 Head on over and check it out and lend Keith your support and do yourselves all a favour in helping to get these awesome miniatures onto the table.

We have a new face in the universe of 15mm Science Fiction - Darkest Star Games.

This new company, run by Darby Eckles, will be centered around the ex-Adler Miniatures 6mm sci-fi range. But his plans for 15mm are quite ambitious. There are four packs of figures available now in the Colony 15 range, sculpted by the great Bob Naismith. They definitely capture the space opera feel we've seen from manufacturers like 15mm.Co.Uk and Blue Moon Manufacturing.

First up we have the Star Marauders. These are my early favorites, based just on the pictures. I've been thinking about playing Space Crusade-type games using my Blue Moon Orion Republic as Space Marines. These Star Marauders would be great not-Chaos Space Marines to counter them. They would also be good elites for a Kremlin Miniatures Cyberian Death Commandos force. 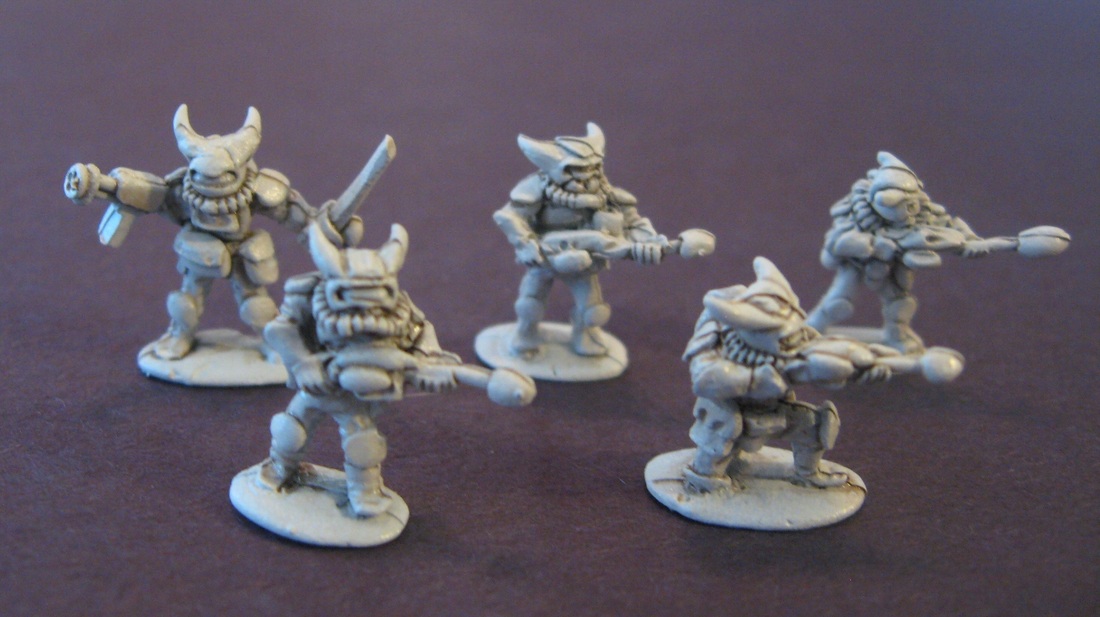 These Magravate Militia figures are interesting. Their helmets are somewhat reminiscent of certain elvish/space elvish factions we've seen over the years, but the jackets are far more conventional. I could see these as Household troopers in the Dune universe. 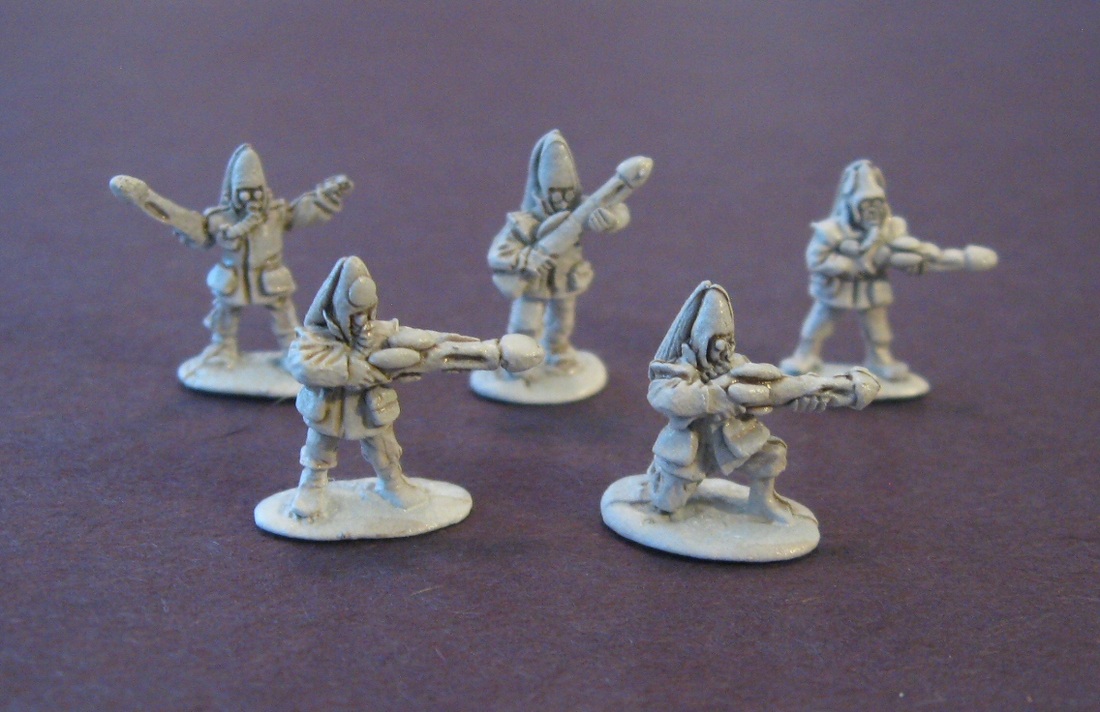 And finally there are two packs of Zonii Warriors: dismounted, and mounted on cool alien beasts. These are a lower-tech alien species - ideal "natives" for a more advanced faction's colony world. 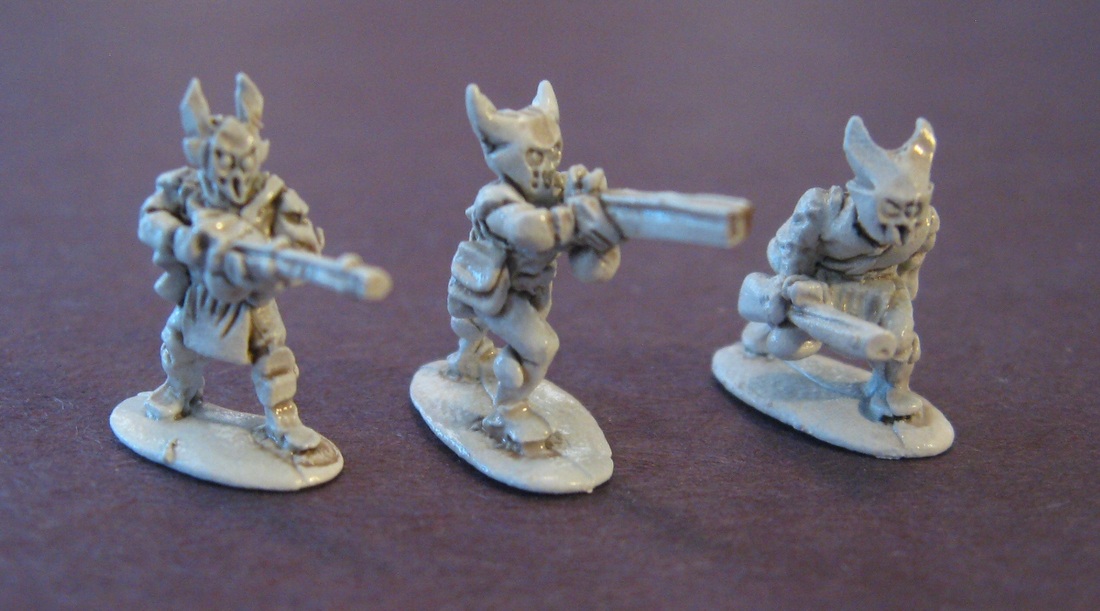 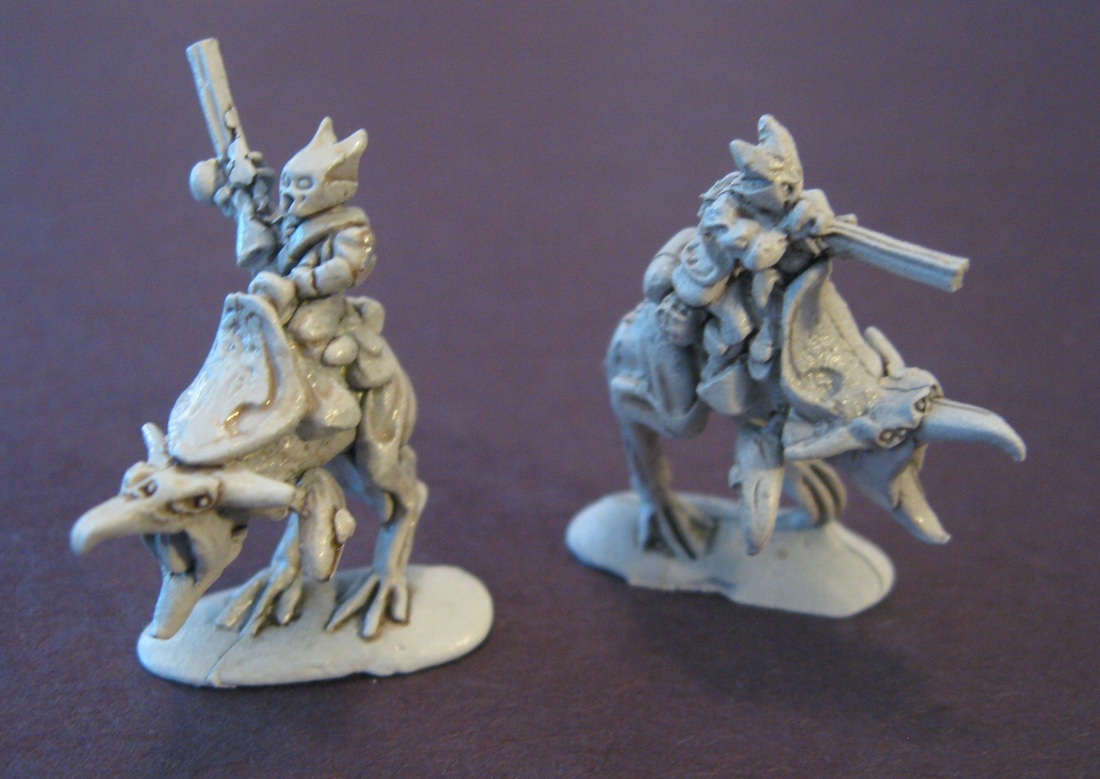 It looks like a good start to a product range. There's just enough figures in these packs for small skirmishes using Blasters & Bulkheads or USE ME or Mutants & Death Ray Guns.

These Colony figures are just the tip of the iceberg for Darkest Star's 15mm offerings. Darby intends to upscale and release the old Adler sculpts - just take a look at the 6mm offerings to see what's in the pipe. There's also a polaceholder for a category named Spec-Sec, which is going to be an anime-inspired 15mm range. We'll keep a close eye on them to see what develops.

what would any Grand Opening be without some sort of special?  It'd be pretty sad!  So, for a limited time we are offering FREE SHIPPING on any order!  How about that!