FiveCore/Five parsecs from home cured my slump. A rules overview.


Well, I made it back to the UK. I'm much happier and my adventures continue. 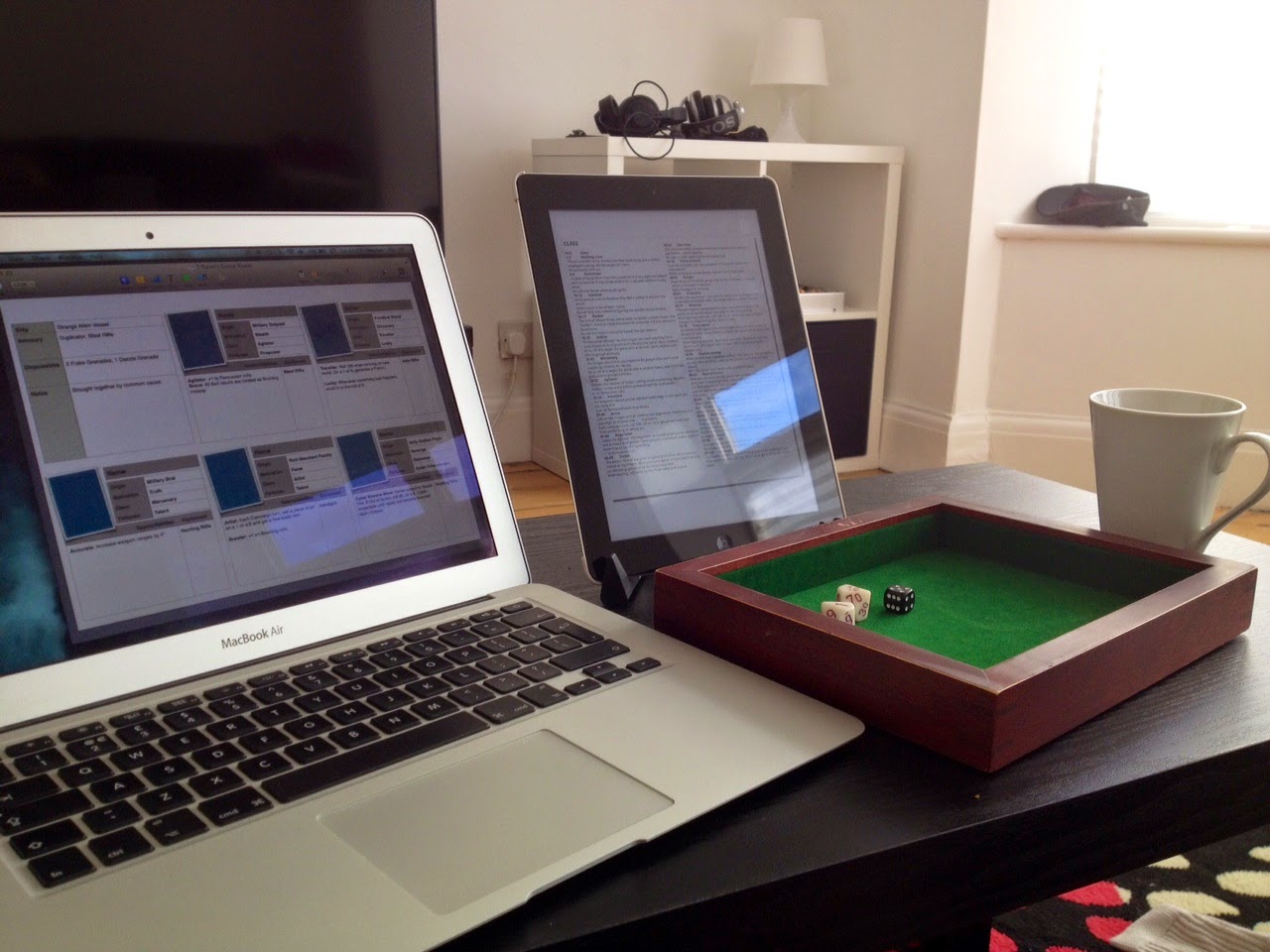 This week I took a chance on "Five Parsecs from home", a sci-fi campaign book for the FiveCore system. I say took a chance because I couldn't find much about the product on the internet, but it seemed ideally tailored to the sorts of game I have been looking for, basically forever.

(I bought the PDF versions of Five parsecs from home and FiveCore Skirmish Rules from Wargames Vault.)

Here were the selling points that grabbed me:


Unbelievably, every one of these claims was completely accurate. The FiveCore rules are a separate (inexpensive) download but the campaign book is where the whole package really starts to shine. It has a lot of very sci-fi specific extra stuff that meshes seamlessly with the core rules. This is because almost all new rules introduced still follow the same basic (and dead simple) dice mechanic.

This one point makes it very easy to make up new rules, even on the fly if you want.

The campaign system features a plethora of charts to generate characters and events. What I liked about them was that they provide enough detail to get your creativity fired up, but are not especially constrictive. The whole thing is designed to assist imaginative narrative.

The bottom line is that after reading the books, I immediately set to rolling up a Group and playing a game. An extremely rare occurrence!

I used my freshly rolled team against a simple gang for this first skirmish. I would definitely suggest using at least a couple of talents or special bits of gear on each side, even for your first game. Testing the game using bland identical figures will not reveal the richness of the system. It is not an exercise in power-gaming.

The game went splendidly. My group attempted to blow up a parked vehicle and escape into the woods. After 13 turns, 2 of team had bailed (run away) two were down on the ground from gunfire and a brawl respectively, and the last man (alien) standing detonated the vehicle's fuel tank with some well placed rifle fire. 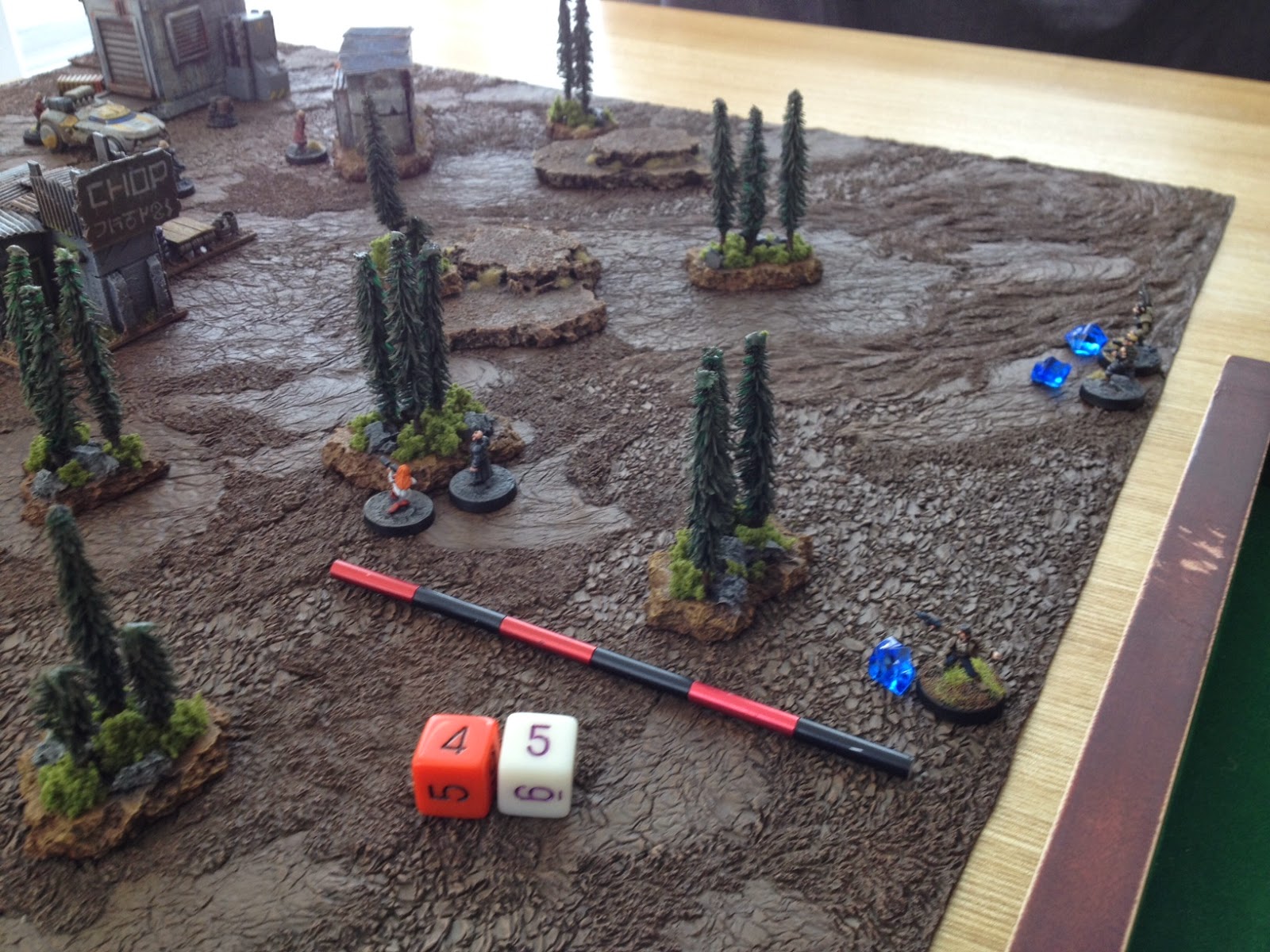 Both downed team members recovered, although one will have to skip the next 2 battles and has a permanent limp, and the other has suffered mental scarring.

I will close this quick post with a bombshell. I've found my system.

I have no regrets about the last 4 years of buying, reading and testing rulesets (e.g Multiple Ganesha games, most THW, Pulp Alley, iTen, FUBAR, Savage Worlds et al) which have all had some really cool points... But the FiveCore Skirmish Narrative campaign combo has rendered all of them second-place in one play through. (at least as far as solo small-scale sci-fi narrative skirmish gaming is concerned).

Thank you Ivan Sorensen for writing such a great set!
Posted by Mr. Harold at Thursday, August 21, 2014