Likely the most prolific company in the realm of new 15mm fantasy is Splintered Light. They have continuously made this genre their focus and have released several army factions over the years. Lately, they have been adding traditional fantasy RPG dungeon dwellers to their mix. This began with adventurers and a pack of Dungeon Encounters and have added two new packs of nasty creature encounters to menace intrepid adventurers. And, if this wasn't enough, they have also added a dragon. 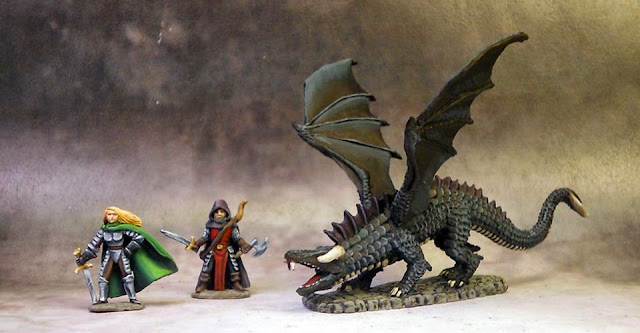