If you are a fan of the original Classic Traveller, you will remember Across the Bright Face/Mission on Mithril: Double Adventure #2, which featured a tracked ATV at the centre of both it's missions.

Whilst both were essentially RPG map exercises I did actually use the tracked 15mm Laserburn chunky 15mm APC as the ATV and ran the games around the model. Across the Bright Face was my favourite of the two missions. Mostly because I had read an incredibly evocative and detailed short story in an anthology called The Science Fictional Solar System edited by Isaac Asimov, about an expedition to be the first men to cross the bright face of Mercury. Excellent stuff and a great read! 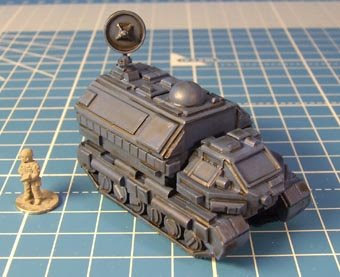 GZG's new V15-63A SURVEYOR II tracked ATV explorer vehicle brings back superb memories of these early Traveller games. But perhaps touches more of a soft spot because it reminds me of the SHADO APC's in the classic TV series UFO. 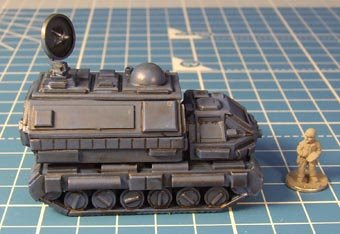 NOTE: All new codes are in production and will be available at SALUTE on the 28th March - shortly after that they will be up on the webstore for mail ordering.