New Release From the Ion Age 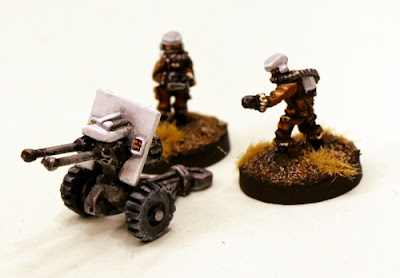 The Planetary Militia have been getting a lot of cool releases in the last few weeks and this week is no exception. This week we see the release of 6 variants of towed support weaponry to give your PM ground forces some heavy firepower.

Each of the variants comes with a wheeled carriage and tow bar that will attach to any of the Ion Age vehicles (and I imagine others in your collections as well). The weapons mount in to a simple socket making assembly simple and straight forward.

Also, in other news, The Ion Age has released movement trays suited to fit the bases and unit sizes for the Patrol Angis rules set. These make moving squads about the table simple and helps keep them in unit coherency. While designed for the Ion Age bases, they would work for any other similarly sized bases. 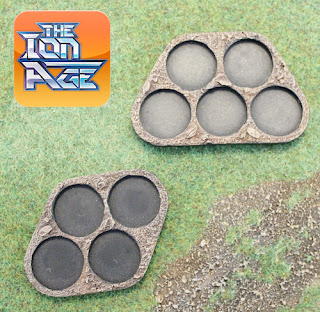 For more information on the Planetary Militia Support Weapons and the Ion Age bases head over - HERE
Posted by Eli Arndt at Thursday, June 18, 2015