Loud Ninja Games: The Ikwen Uprising is Upon Us

Over a generation ago, the planet Kwiell was set upon by aliens bent on exploiting the natural resources of the planet. The planet's native population, the Ikwen, found themselves suddenly enslaved and their society rocked as they were enslaved, put to work and in many cases hunted and killed. The Ikwen have spent decades in frustrated servitude to these invading overlords, hedging on their beliefs and their close-knit kinship ties to get them through. It was only when the invaders sought to remove their spiritual identities that they found the courage to rise up and go to war.

The conflict began as acts of sabotage, ambushes and in some cases organized resistance but as time went on it grew into a very real, very active militia war. Weapons were procured through theft or the trade of the very resources they had been robbed of. Groups of soldiers took to the wilderness, the highlands and steppes where they enlisted the locals there into their fight. Ancient desert fortresses and settlements were once more turned into homes for fighters and their families. Ancient warrior traditions and less-spoken of factions found a renewed place in the world.

The Ikwen are one side of an asymmetric war against a higher tech, invading enemy. They fight in a less organized, militia style, utilizing acquired weapons, not of their of own manufacture.

While we see them as very much freedom-fighting indigenous life forms, use them as alien invaders, allies, mercenaries or even lower tech indigenous forces for more organized warfare.

On 4th March 2015 we will be releasing the next packs in the Loud Ninja Games range at 15mm.co.uk . These will be the Ikwen as described in the words of their imagineer Eli Arndt. Sculpted by Roderick Campbell there will be three packs and a platoon pack with saving.

Here are pictures of the codes for you to look at: 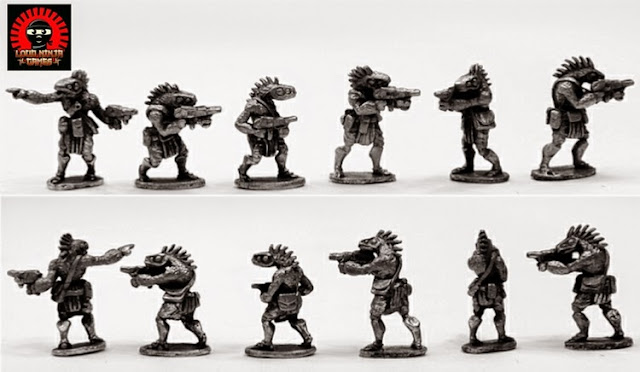 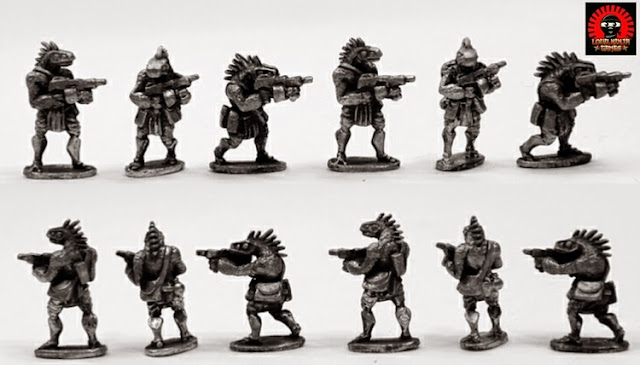 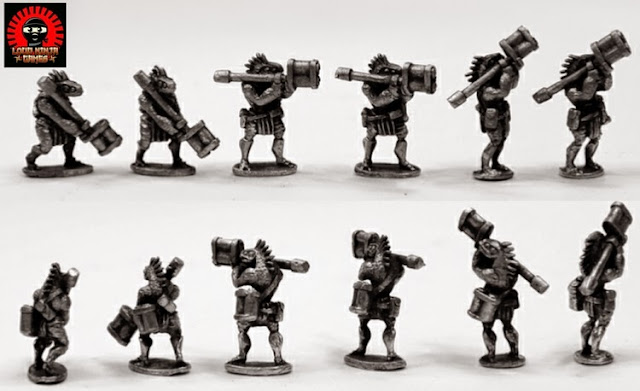 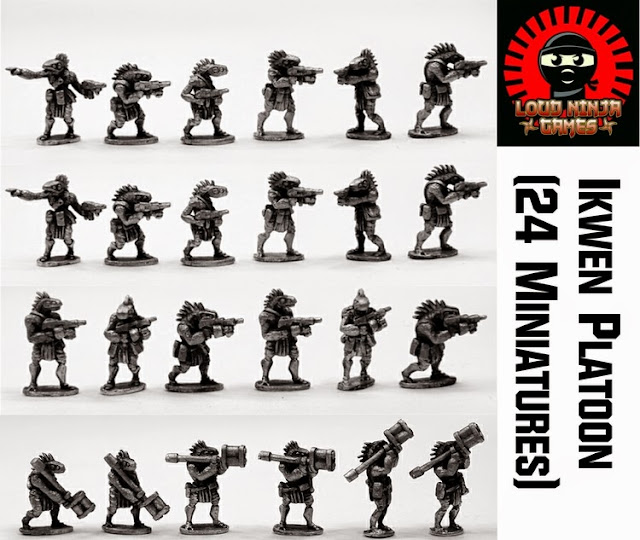 
These are lovely 15mm sci-fi miniatures with an original idea behind them and we love them.

We hope you do too.