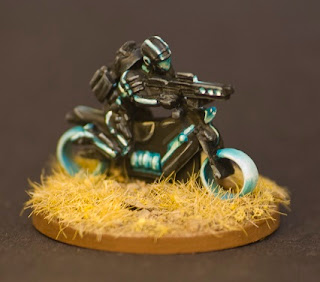 Tasked with scouting enemy positions and hit-and-run missions the Hell Diver Recon Squad is equipped with Cyclone-Class Deep Infil motorcycles. The Cyclone-Class is capable of extended operations and has a range of over 1000 km. Its high-capacity batteries can be charged by burning any local fuel and by solar exposure.  They also contain compartments for foodstuffs, supplies, and ammunition.  The tire on the Cyclone are state-of-the-art nano-materials able to adapt to any surface almost instantly and allows for high-performance on and off-road travel. 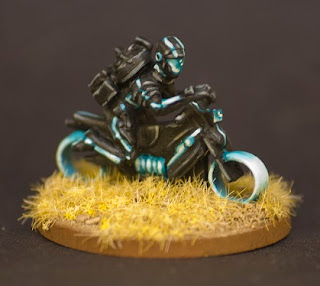 The entire squad are drop-capable as the Cyclone has been designed to fold while in transit and to be quickly deployed out of the standard HEL/DIV Drop Pod. 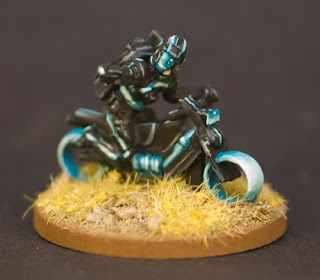