New Look at the Taranis - Scale and Paint 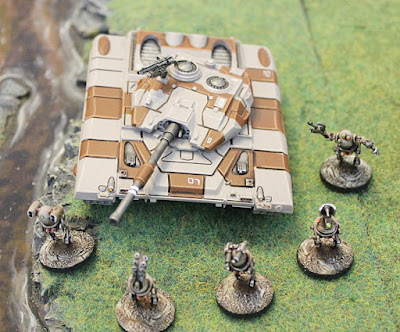 The Early Supporter Offers will be coming next week and as we stated in the previous of today's postings there are more articles to come before then about the IAF100 Taranis Tracked Tanks all five variants and their drones that will feature in the offers. Click on the linkHERE to see plain backdrop painted photos and click HERE to see an article with all the resin parts and dimensions of the kits.

This article presents to you a series of scale photographs showing Taranis alongside other items from our 15mm range that are in your wargame collection. Each photograph has a caption that tells you more. 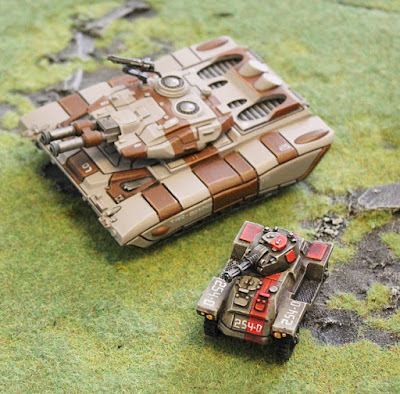 A Red Adder Combat Car next to Taranis Siege Tank 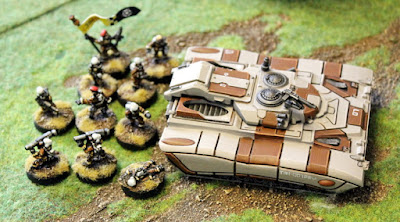 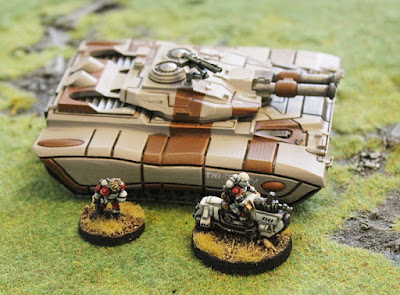 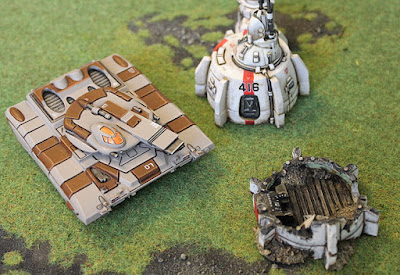 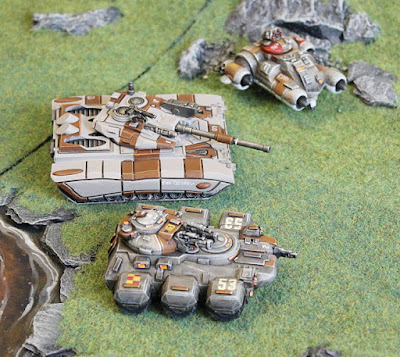 Brothers in Arms! Taranis with Skylark and Mullo vehicles 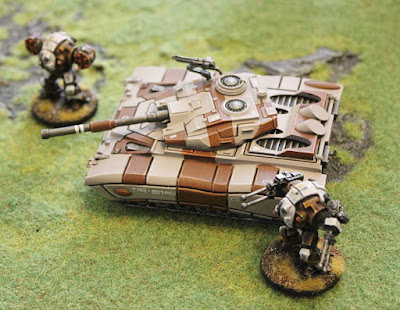 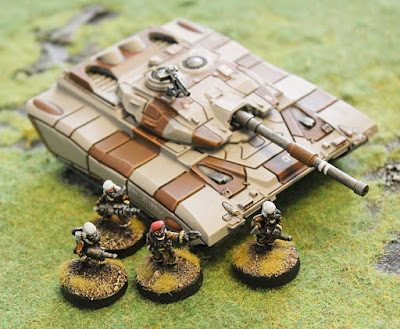 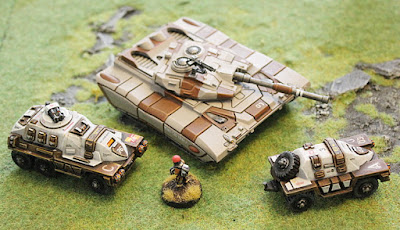 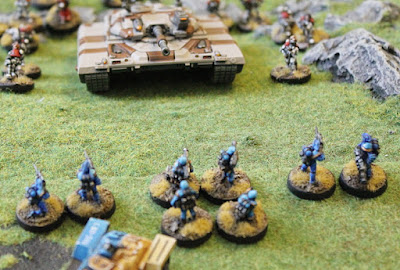 Its a mighty big vehicle and damn impressive too! Bob Naismith has done a fantastic job on bringing my idea of what a futuristic science fiction space opera Human tracked tank would look like into a resin reality. There are more articles to come including one on the Taranis Running Tank Drones and an Information Burst fiction article followed by joy of joys the ESO's themselves!