The big news at the Ion Age is, of course, the Taranis tank and the accompanying rules set. The past weeks have brought a number of stories covering the development and background surrounding the wonderfully rendered and realized scifi tank.

Last Saturday there was a story on the Taranis Runner Drones that accompany the massive tanks. These models are wonderful in there own right and you can read more about them HERE. The real news, however is the upcoming early support offer (ESO) for the Taranis which will begin October 7th, 2015. You can read more about this pending release and other Taranis news- HERE. Full details on the ESO for the Taranis will, of course, be released on the 7th but much has already been said on the Ion Age blog. 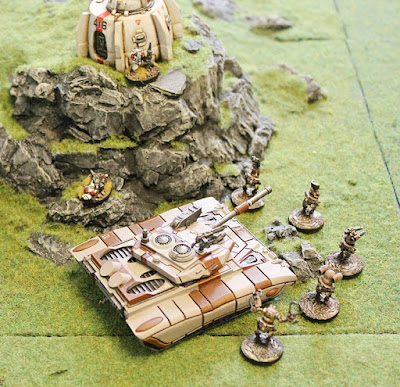 I have to say that this release is very exciting, not only because it brings such a cool vehicle to the table but also because it truly ushers in a new scope of product and release for the folks at the Ion Age and another dimension to the excellent universe that has been building for over a year now.