We have two new batches of releases from Brigade Models!

Last week we took our new 15mm South African vehicles to Crisis, and this week they're generally available from the website. The Buffel is a lighter, four-wheeled counterpart to the existing Wildebeest APC. It comes with a choice of top hatch with MG, light twin MG turret or triple light missile mount (the same turrets as the Wildebeest’s forward mount).

The Hippo on the other hand is a six-wheeled flatbed load carrier capable of hauling very heavy loads across rough terrain. 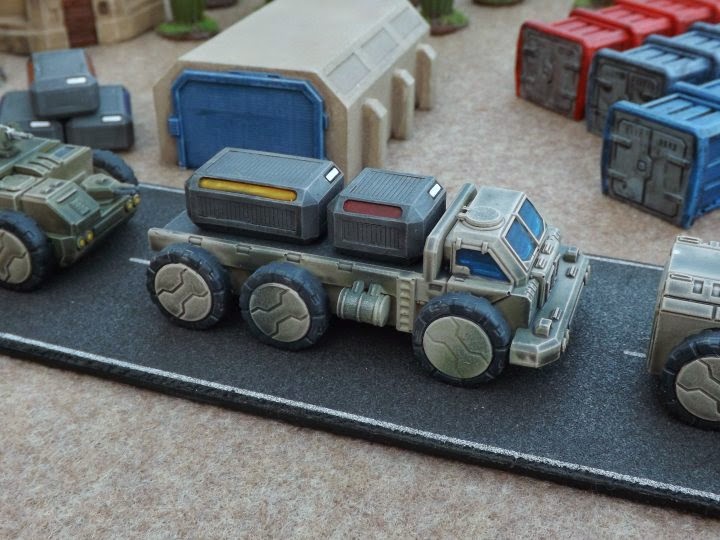 Following up from last week's South African release, we have new turret options for the two APC types released today. We have a support turret with a low velocity infantry gun that fires heavy HE or squash-head shells for clearing out enemy strongpoints. To keep the skies clear, there's an AA turret with a single rapid-fire autocannon coupled with two twin Boomslang light AA missile launchers. The turrets fit both the Buffel and Wildebeest and all four versions are available from our website now.

As well as these four new vehicle options, we also have a new, half-sized version of our cargo container available.