Mike at Rebel Minis has sent me photos of his latest greens to share with you. There are two sets of Earth Force Marine variants, civilian bystanders and rioters. 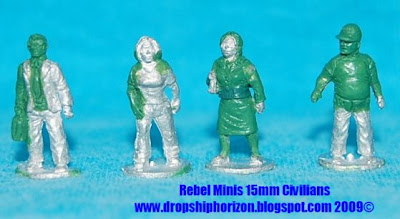 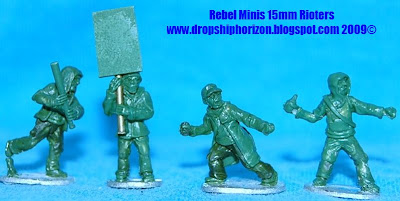 Rebel Minis 15mm Rioters!
Mike hopes to have these on the site at the end of next week! His sculptor is finishing up the Earth Forces, mortar, machine-gun team and a few others, then he is starting the Sahadeen heavies, Warmaidens and a few other surprises...