Responding to customer requests on TMP, Mike at Rebel Minis has sent me some 'workbench' photos from his upcoming line of Mighty Armour Sci Fi AFV's to share with you. These include the Merka 5 Medium Tank, the standard Combat Flatbed and the first variation of the recently released APC, the Twin Gun Badger Class APC. There will be more variations of these AFV's later. 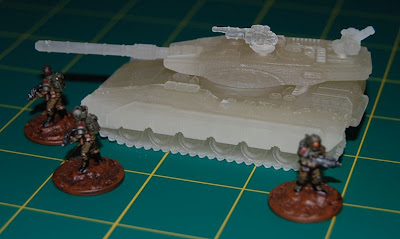 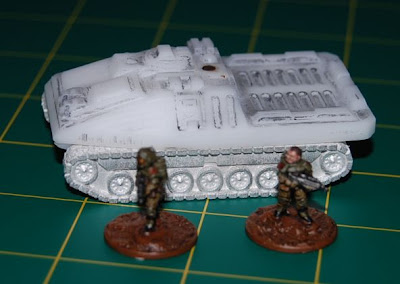 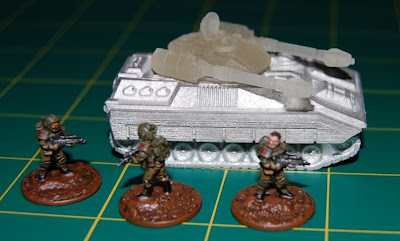 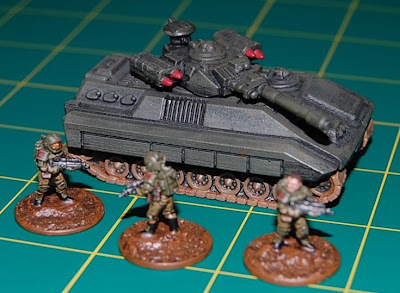