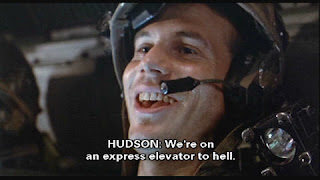 We had a cinema night last night. A full-blown Chinese take out followed by ALIENS: The Directors Cut. Damn! It's still a great movie.

To my mind the best role in the film is Hudson, played by Bill "How do I get out of this Chickenshit outfit" Paxton. Hudson has some of the best lines in the movie and his anti-hero character gets to take the audience on a one-man emotional roller coaster from being cocksure wise cracker, to competent com-tech, scaredy "you can count me out"  'villain' to when he finally redeems himself as "state of the badass art".

So, I must make more of gaming Aliens, well, more Aliens vs Colonial Marines, whether in 15mm or 20mm. Jon at Khurasan has some more new(ish) menacing poses for his Space Demons that I must buy. 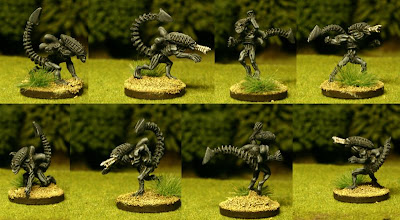 TC901A Space Demon  Assault Warriors (textured head)
TC903A Space Demon Infiltrator Warriors (smooth dome head - not shown)
I also came across this photo (below), which made me think - hang on, there's a really good room and corridor design hidden in there for 'pizzabase' gaming. 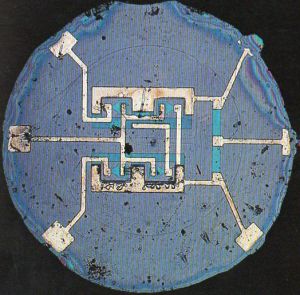 Sure there's little real logic to the layout, but why does there have to be? Do I really need crew quarters, state rooms and the like? No! Think "Ambush Aliens", a labyrinth of infiltration routes, fire lanes and hidden corners. In true Mass Effect style, the larger open spaces can be altered with crates and containers to provide additional cover, impenetrable walls and ad hoc corridors. 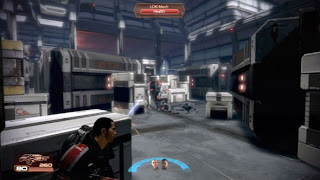 Mass Effect 2: N7 Hahne-Kedar Facility
I have a good selection of crates and containers from Jon at GZG, but I think I need to add a pack of Antenociti Workshops G.O.T. Secure Crates. These have a definite Mass Effect feel.

The fight in the Hahne-Kedar Facility is one of my favourite side-quest missions in ME2. It's a straight firefight between yourself and 2 companions against up to 40 combat androids amongst a maze of crates and containers. You continually have to keep pushing forward to stop the avalanche of robots spawning from their storage/shipping containers.... but it has to be timed right, between each wave and you need to maximise use of cover, shieid regeneration and firepower.