The Face of God: FWC BatRep 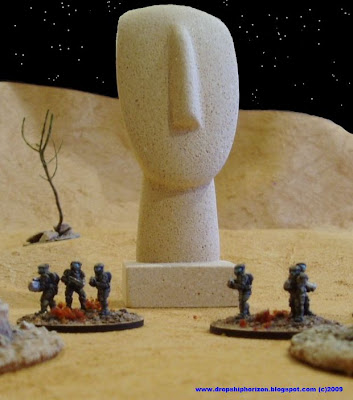 The Face of God
Echo Zulu, Echo Zulu. This is Panjur 5. Boots on target.
By Crom! You've got to see this!
All round defence initiated......
SITUATION:
Massive unidentified electrical signals are being received throughout the Sector. The source of these signals has been pinpointed to an uninhabited rock in a forgotten backwater, Nu IV. A nearby frigate has been ordered to assemble a task force of Marines and investigate. 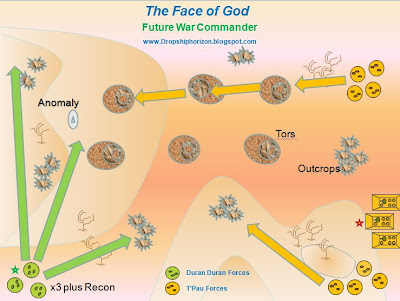 Weather: Violent dust and electrical storms reducing all ranges by half 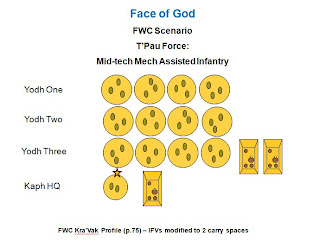 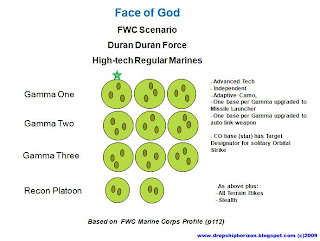 MISSION:
Locate, identify and report on source of signals eminating from planet surface. 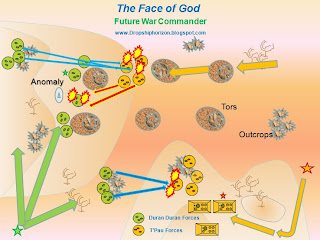 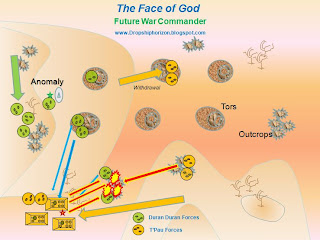 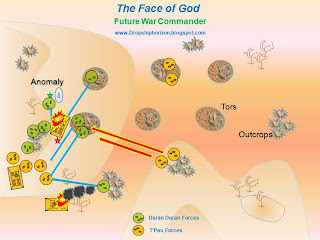 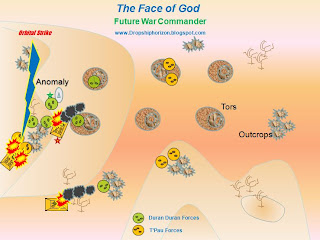 SUMMARY:
The scenario was designed to be simple, fun, solo game following a blowout Chinese Take Away one evening. It pitches two very different forces at each other and ended up being surprisingly well balanced.

One of the things that struck home in designing the forces for the game using the FWC points based system as a guide, was very definitely NOT to grab a shopping bag full of attributes and tech upgrades, because they sound cool but instead to carefully tailor the Unit Attributes/Weapons and Tech Upgrades to the role your forces will play in the mission.

I enjoyed playing the game, especially the near run ending. It was challenging but not demanding/ The scenario begs to be replayed with different forces, especially aliens and I already have an image in my head of an alien vs alien encounter.

Just in case you are wondering, the 'Face of God' monument is a volcanic basalt rock ornament we brought back with us from Santorini, two years ago. It's been crying out to be used in this type of scenario!