.
There hasn't been much opportunity to enjoy the outdoors this year in Kinkydeenshine, but the tail end of last week turned everything round and we finally got our 'Indian Summer'. Over a candlelit Lamb Tangine, Heather declared we should make the most of the weather and play at least one Sci Fi wargame in the garden..... 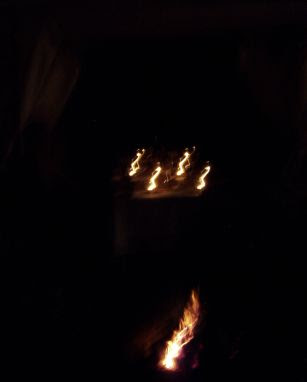 Candlelit Lamb Tagine
Next day, post hangover.....covert surveillance satellite AL1CE is brought out of orbit and lands in the Kerrang Desert just inside the borders of AceeDCee. 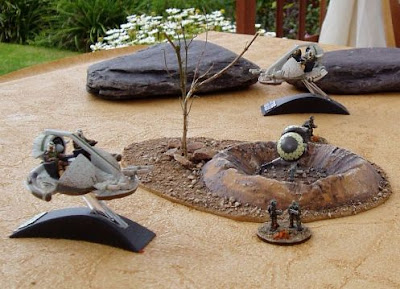 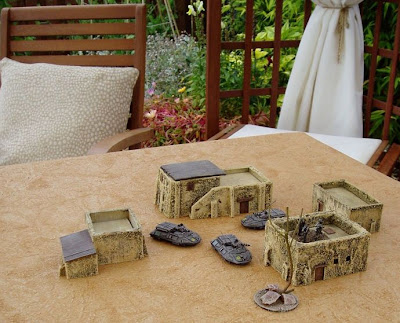 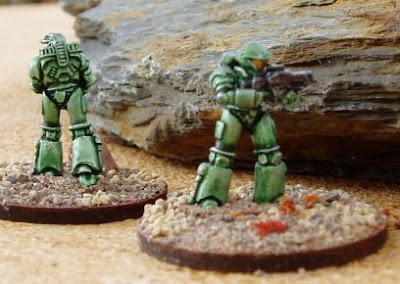 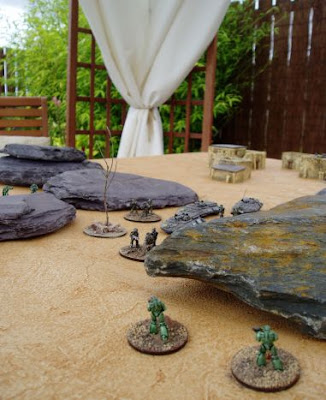 The balloon goes up! 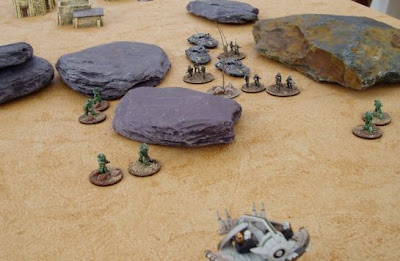 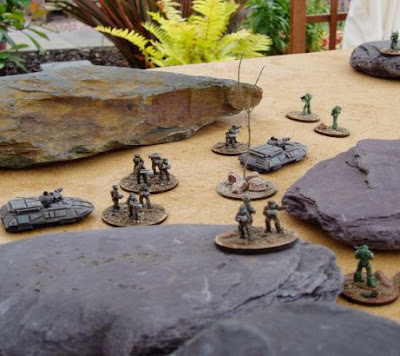 The Dance of Death!!! 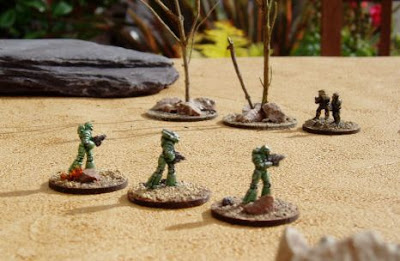 The sun/s ALWAYS shines on Bruce!
No. 4 'Powerslave' platoon securing the objective 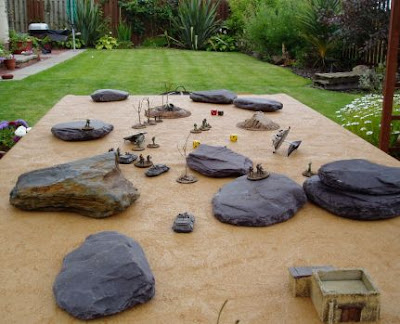 Shot of table plus garden to please the missus 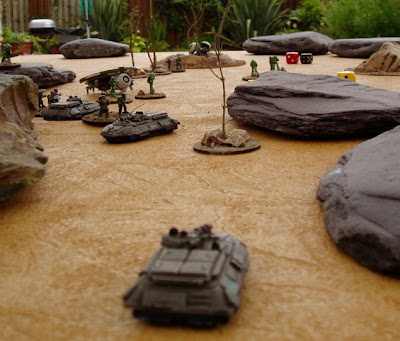 By no means a serious game. My original plan had been to play a solo scenario with a full Grav mech company, walkers, dropships, the works....but decided to keep it simple for Heather's first experience with Future War Commander (lite!).

As a serious fan of AC/DC since her college years, she was happy to lead 'Angus' and the boys, leaving the 'Iron Maidens' to me. One of H's favourite films is Predator (1987), so she fully 'gets' that the Iron Maidens were super-soldiers wearing adaptive camo suits and a match for her 'eavy metal.

Interestingly Heather's only reference for Grav vehicles is Luke's skimmer on Tatooine in Star Wars, so the Grav APCs followed the course of the pass rather than use their full inherent 3D mobility.

Great thing is she wants to do it again!