.
Solo game....Wing Commander Tabby is shot down outside of Mudd Eisley and has to evade the Harkonnen patrols, the desert greeblies and alien wardroids. We Can Be Heroes 2 heavily laden in Tabby's favour for a cinemtic roller-coaster of a game. 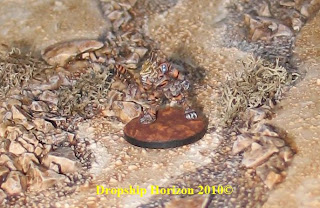 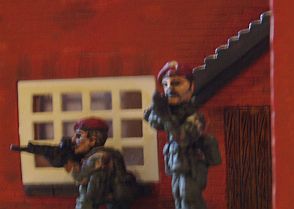 Once I get my Reverand McSweeney conversion finished, there's a 20mm Zombie game in the works.