Apocalypse Z arrived in the post on Saturday. Bought in Mongoose's current garage sale. Not bad, not bad at all. As a result, I couldn't help picking up a copy of The Crazies (2010) when we went down to Tesco in Forfar for the weekly shop later in the morning. 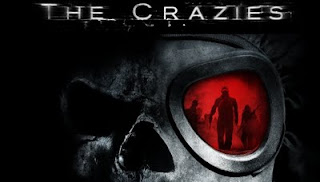 I had procrastinated watching this remake, despite the presence of Radha Mitchell, because the original 1973 movie remains burned into my mind as one of the seminal movies of my life. In this 2010 remake, Breck Esiner has made a scary mainstream modern horror movie, but it's no real comparison to the original.

My only real niggle with the movie, is that a whole portion of the onscreen story seemed to be missing from the moment Timothy Olyphant, who plays the town sherrif, works out the source of the problem, before the authorities suddenly step in with force to contain the viral menace.

Nevertheless, very watchable and an enjoyable movie, with great perfromances from the main cast as they struggle to  understand what's going on and then escape from the 'crazies', virus, feral rednecks and the military. Which together make for a lot of potential gaming fodder. 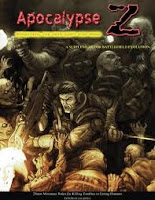 Having bought Battlefield Evolution: Modern Combat earlier in the month, Apocalypse Z was purchased on the back of a recommendation and I was happy to give it a go albeit at a knockdown price. You'll find a  review (click here) that gives the low-down on Apocalypse Z better than I could.

Got to say that Bevo: ModCombat has tripped something within Matt and myself. As a result, we are now scrabbling to collect 20mm Modern Russian ultra-nationalist forces a la Ghost Recon and Call of Duty: Modern Warfare. Even used it, admittedly fast and loose, to play a sci fi game mid week with Khurasan's new Ti Mohnid - I just couldn't wait whilst I got round to painting them up and wanted to get the miniatures into action asap.