.
Heather was away on business this week. She had to stay over an extra night, so wargame and painting plans for the weekend have changed as we want some 'us' time.

Bouyed up by my efforts with the GZG FCT troops earlier in the week, I had hoped to at least start another platoon last night - this time GZG OUDF in a Spring 'Tundra' camouflage pattern, inspired by this pic of Russian Spetsnaz. 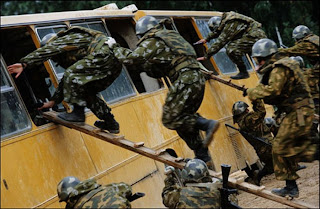 However, my own little Russians - the kittens - have been missing 'mom' and needed a lot of reassurance. 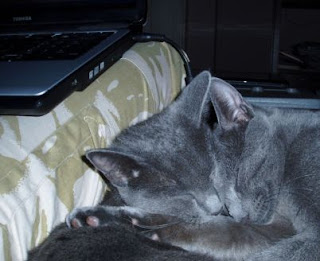 Painting was off the menu, as was blogging, because Zolli lay half on me, half on the keyboard - he doesn't care - and playfully demanded to be the subject of my full and utter attention.

Subsequently I've modified plans to paint my ASQL Alien Grey army from start to finish today, but I'll prepare them and hope for an early start tomorrow to get as much done as I can by lunchtime.

I ordered a platoon box of Critical Mass Combat Walkers last Sunday and they arrived mid-week. Lovely models. Superb detail on the resin. John Bear Ross is a genius. I want more already and they're not even out of the bags yet! Now I could go cheap and buy Scout Walkers but was considering either:

1) A company of three platoons. Each platoon with 1 Cannon, 1 Missile and 1 Scout Walker - the Scout Walker providing local defence to the two 'heavies'. Downside being that one of everything always remind me of the 'Airfix years' of my childhood - 1 Sherman, 1 Churchill, 1 Crusader vs 1 Tiger, 1 Panther, 1 Panzer IV. 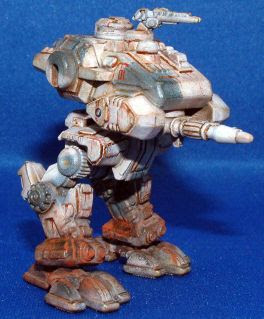 Critical Mass Games 15mm Sci Fi Scout Walker
GZG's Special Offer (click here for more details) is enticing but you know what, whilst there's plenty I want to buy - and right now it's mostly odds and ends to finish off projects - I don't want to add further burden to my Sci Fi lead mountain. Also it's more satisfying to buy little and often.

I downloaded Hitchhikers Guide To The Galaxy for my iPod and watched it all the way through twice whilst on the train this week. As an afficianado of the original Radio show - I found it kept the key elements and was fun. Though Alan Rickman, a perrfect choice for Marvin was too pedestrian in his delivery and missed the mark in my opinion. The film certainly grew on me with the second viewing, helped along immensely by Zooey Deschanel who plays Trillian. 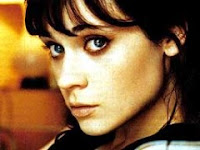 She's just....gorgeous......and every bit the Trillian I always imagined. Forget Seven of Nine, T'Pol, Starbuck (aka Kara Thrace), Kaylee and River, this is the woman to travel the galaxy with.

I think some 15mm characters including a Galactic President and galactic travellers with towels are in order.