.
Topgun Marketing's new Grav Armor (more intel here) certainly seems to be whipping up some excitement. Opinions are polarised at each end of the spectrum. I'm very firmly in the WOW! camp. Lot's of compariosn with Traveller Imperial armor - well, I didn't want to say......

I asked Rob for some comparison photos of his new designs against GZG's High/Ultra-tech tanks so that we can get a better idea of their true size and he was happy to oblige. Rob went so far as to make sure Jon at GZG was cool with the suggestion and naturally, good bloke as ever, he was. 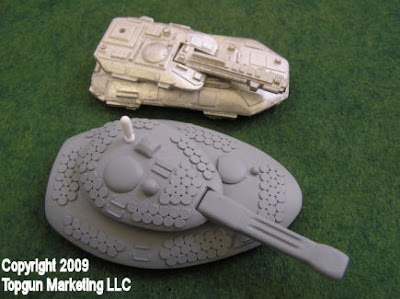 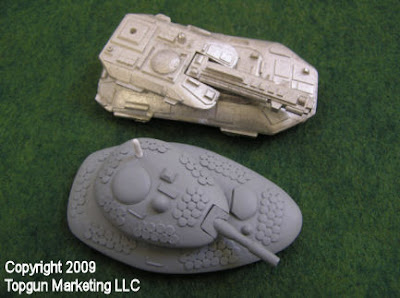 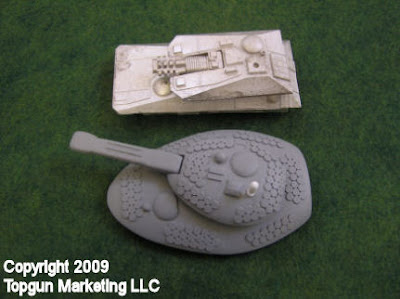 I make no bones about it, I like these Topgun tanks a lot. I can see the Heavy Grav Tank on the tabletop as a single behemoth delivering massive firepower and protected by a swarm of remote drones.

Rob is keen to include as much feedback from 15mm Sci Fi gamers as possible into his designs. I've therefore agreed to run a poll to determine what style of detailing you'd prefer to see on your Sci Fi armour models.