.
It's Saturday night, so I thought you'd appreciate this superb new 15mm Heavy Auto-Cannon with NAC gunner, shortly to be released from GZG. 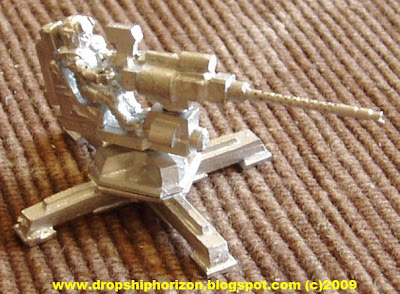 It's a 6 part kit including a separate optional gunshield (not illustrated) and a seated NAC gunner. No details of code no.s or pricing at this time, but Jon tells me it will appear on the GZG web store some time this coming week together with some interesting new NAC, mini drones and ....the newly scuplted NEW ISRAELIs.