.
You may remember that a couple of weeks back I suggested a quickie kitbash aimed at turning a GZG High-tech Hover Tank into a hover assault vehicle. Well, Jon liked the idea and out of that madness sprang this tasty little 15mm ACAV (Air Cushioned Assault Vehicle). 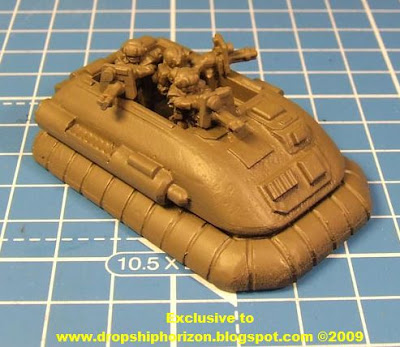 The ACAV will be a choice of either NAC gunners (as shown) or generic "bonedome" helmet ones. 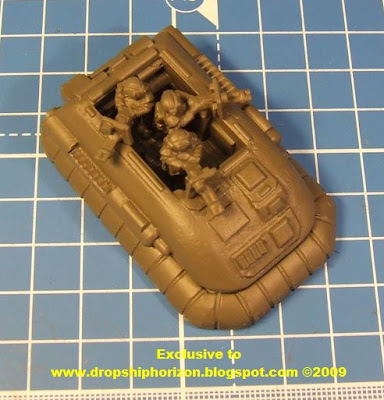 Once again, Jon hopes to have these available in time for SELWG on Sunday. They should be available on the webstore later this week or sometime shortly after the coming weekend. Details of pack code and price to follow.

I'm just going to have to get a couple
for my offworld 'Brown Water' Navy ops.
WWW.GROUNDZEROGAMES.NET
Cheers
Mark
.
Posted by Mark at Tuesday, October 13, 2009