.
Craig of Critical Mass Games has sent me concept artwork and work in progress (WIP) photos of the human ARC Fleet troopers to share with you. 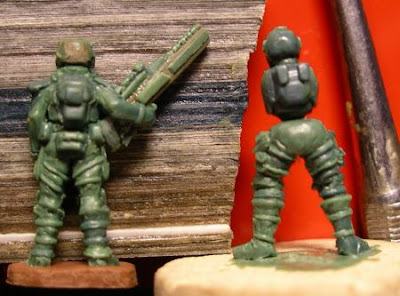 These greens, mid-sculpt, clearly shows the level of detail we can expect from these miniatures. Below is the concept art for the ARC Fleet troopers smallarms. 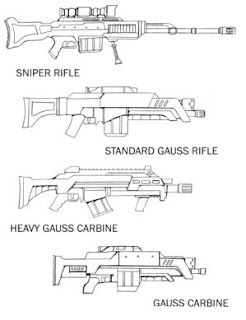 The sculptor appears to have done a great job interpreting the concept pictures into 15mm scale weapons. I particularly like that Heavy Gauss Carbine. 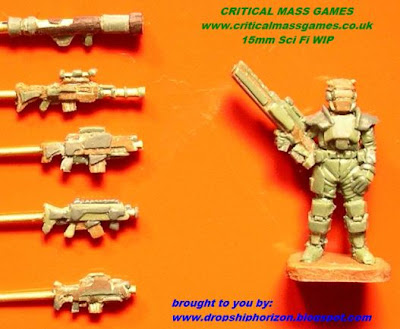 Critical Mass Games 15mm Sci Fi 'weapons WIP
If I picked it up correctly, the figure ranges will be released in waves. The first being the Human ARC Fleet. Initially the figures will be available in packs with 8 minis of 3 different sculpts - 'Peter Pig style'. Don't worry about there only being a 'boring' number of poses - there are more than 20 different ARC Fleet sculpts.

Craig will confirm pack details and codes over the coming days and I'll keep you updated on the first and any future releases. Together with photos of WIP and cast miniatures as they become available.