If you are a regular visitor to this blog, you may have noticed that I've included a 'Projects' section in the sidebar. It's really no more than a heads up of what's rotating through my 'workbench'. Some things rotate more slowly than others whilst I wait for the Inspiration Bus to make a stop. Unfortunately, it's occasionally known in these parts for the bus to be running only a sunday or bank holiday service! LOL!

If I like a range of miniatures or even a couple of decent miniatures within a discrete range, I'll buy them over and over to paint in different camo styles. GZG's New Israeli's being a case in point. I've already got Critical Mass Games (CMG) Light Recon Troopers marked out for Paramilitary, Urban & Desert camo schemes.

At the moment, I'm applying the same to Rebel's Earth Force Marines - I picked up 4 packs initially, some 80 plus figures, but oh god, I'm going to need more. I've painted a couple of 'short' platoons for asteroid assaults. But, I also want to paint a couple of platoons in desert/wasteland cammies and another 'short' company in Traveller 'Red'. I know the Traveller Imperial Marines are a terracotta brown - it's 'Red' to me.

I also hanker for a 1:1 platoon worth of Rebel's EF Marines as early Terran Space Marines, you know the sort, 'white' space suits with blue NASA badges. I admit, it's a Seventies thing, hardwired no doubt by the US Space Marines in the Bond movie Moonraker (1979), Gerry Anderson's UFO and not least being a child of the Apollo missions. I plan to give the Terran Space Marines support in the shape of GZG's latest MULES and Wheeled MAWPS - which have a Moon buggy feel about them.

I've ordered a tub of GF9 GFSO16 Ash Waste / Tundra flock for the bases from MAELSTROM GAMES (UK). Maelstrom have extended their current 17% off deal till Monday 3rd August. The deal code is SUMMER-MADNESS.

Probably the next set of miniatures I paint. Maybe even get a couple of bases done this week.

The Rebel Mini's Sahadeen are yet another example. Really like these miniatures. The first batch have been split in two. First being painted as future 'desert' Special Forces, but they will also fulfill the role of Wasteland Raiders with Old Crow Gecko and Goanna Scout cars.

I found a simple but fun camo generator online and created this version of Modern Australian 'bubblegum' camo which I think I'll use with these Sahadeen, though I may stick with British desert camo and use this on GZG's latest NAC Marines.

Click here for Camo Generator
The other group? When the Sahadeen miniatures arrived I instantly saw the potential to use them in another theatre of war, and so this second group are due for some headswops to add variety and possibly the odd bit of additional gear sculpted with Green Stuff. More later.

Khurasan's Garn and 'Garn' armour (GZG Kra'Vak Grav Tanks) are defeating me at the moment. I want to do some angular Brown/Orange affair. Master Chef did something similar on his Aslan armour (again GZG Kra'Vak Grav APCs). Might just ask him to paint them for me.

The Garn themselves.....I have some OOP 28mm Lizard troopers from Archive Miniatures, bought way back in 1977, at the original Games Workshop in Dalling Road. These were big for their day when 25mm was err, 25mm. I painted them in glossy black armour, as they had a Darth Vaderesque lizard commander. Their skin was painted a green basecoat lightened successively so that the tips of the scales are off-yellow/green. I'm tempted to repeat this paint scheme on the Garn as a tribute to these still serviceable 30 year old minis.

I'm taking my time painting GZG's 'Ravagers', simply because they are such nicely scuplted miniatures and I want to do them justice. I've given 'Regan' a sheepskin collar to his coat using Green Stuff. 'Dogfart' has become an Adam Ant acolyte and 'Jenny Woo' is blue, but I can't decide yet on pink, white or purple hair? 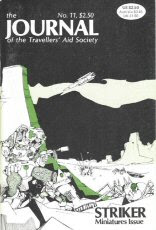 Asteroid terrain? Think black and jagged, inspired by JTAS, and 'Crematoria' in Chronciles of Riddick (2004). Simple and modular with a few inspiring pieces for quick and easy retro Sci Fi games.