.
If you thought this year was great so far for 15mm Sci Fi, then be prepared to kiss your credit cards goodbye! 15mm Sci Fi gaming is about to reach....

Here are a few sneak peeks of
CRITICAL MASS GAMES 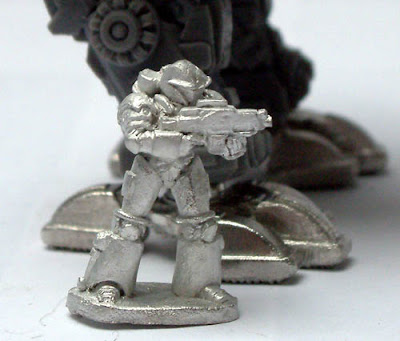 The epitome of "WOW!" expressed in 15mm! 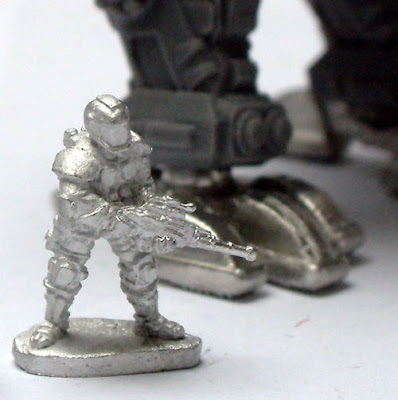 Another glorious day in the Corps!

The email said: "If you like the Drop Troopers
in the Virgin Media Ad, then you'll love these!"!
IT WAS RIGHT!
Critical Mass Games are a new British company poised to launch an exciting range of 15mm Sci Fi miniatures towards the end of August.

I'll have more info about the company, the guys behind it and their planned releases next week. I can tell you now that the artwork above is not just the company logo, it's an outline of the races Critical Mass intend to bring us in 15mm. If they match the quality of the minis in the photos, then we should expect some fantastic new miniatures before the summer is out.

Check out John Bear Ross's blog here for WIP skteches of the Walker you see a glimpse of in the photos (Click here!)