.
Critical Mass Games have sent over some photos of their pre-production 15mm Arc Fleet Combat Walker. I think you'll agree that it's a beaut!

The photos demonstrate some of the weapons options that will be available. Four variants are currently planned (AFVH 1-4).

I must stress that these photos are of a pre-production master model and none are available at this time. Scheduled release is 21st September 2009. 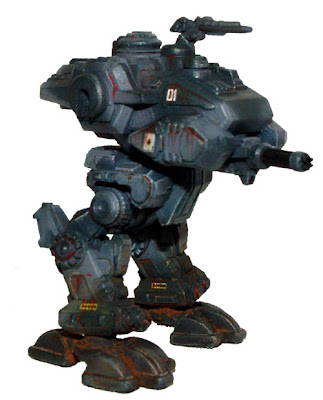 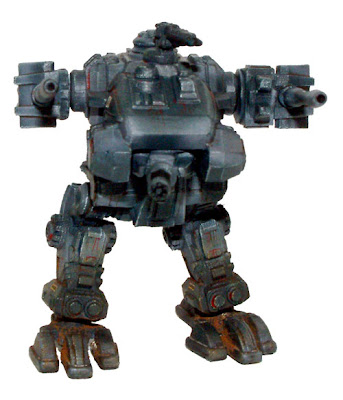 You lookin at me! 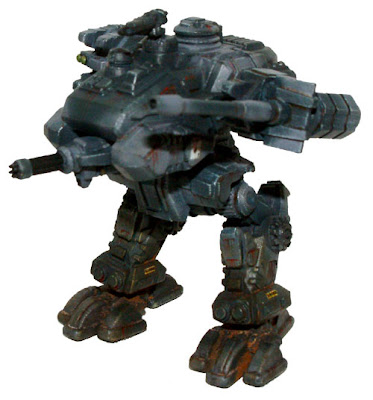 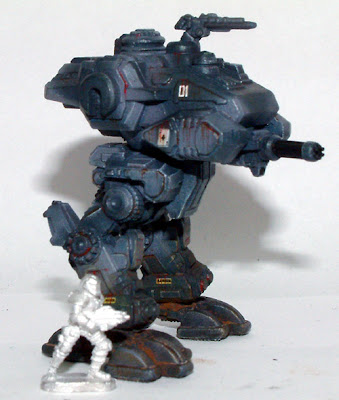 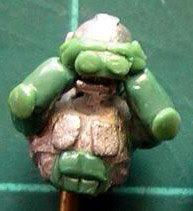 Combat Walker Crew
There are three different Combat Walker crew figures. A random crew figure will be included with each model. They will also subsequently be available as a separate pack.

Love the 'utilitarian' and believable look of this Walker. Craig's done a superior job with the understated paint scheme. I especially like the rust weathering. Definitiely gives the Walker more character than a hackneyed 'ambush' camo scheme would.