.
You can scan from orbit, you can send in remotes, but when you positively, absolutely have to get intel on the deepest command post or from inside the most hardened bunker, there's nothing surer than the Mk1 eyeball behind a protosplas visor. 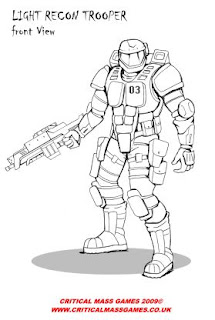 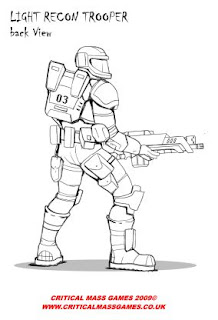 The photo below of WIP dollies provides a good illustration of the differences between the Light Recon Trooper (left) and the standard Arc Fleet Rifle Infantry (right). 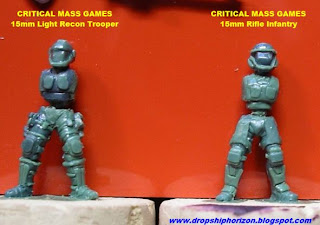 So, how does the execution live up to the concept? Judge for yourself...... 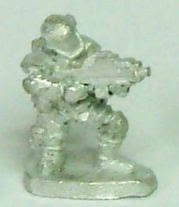 CMG 15mm Arc Fleet
Light Recon Trooper (Pack AFLR2)
I've been quietly play testing Ambush Alley's Force on Force Sci Fi rules over the past couple of months. These Light Recon Troopers from CMG simply ARE the minis conjured in my mind's eye every time I pick up the the rules.

I can easily see them as near future Advanced Warfighters or futuristic police forces, in addition to their intended classic military Sci Fi roles.