Tales From The Verse

I take the train into work every day. The journey is roughly 30 minutes and for at least half it's length runs along the coast. Unfortunately it doesn't matter what time of morning you get the train outside of holiday season, from 6.35am onwards you'll be lucky to find a seat to yourself. This is where an IPod is invaluable as an aid to tune out from the humanity crammed around about and lose yourself in the stunning views from the carriage window. 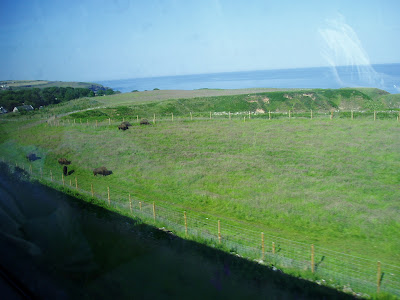 The journey time is just perfect to listen to a podcast and I subscribe to a fair range which I listen to purely on the commute. When I just want to relax, one of my favourite podcasts is TALES FROM THE VERSE, a compilation of fan faction from the Firefly/Serenity universe, found at www.talesfromtheverse.com. 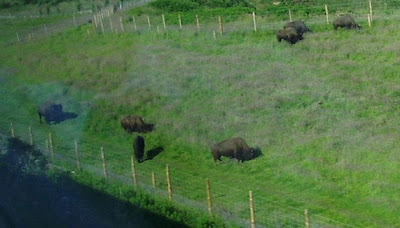 Yes, those are Bison!
It was the Bison wot did it! It probably wouldn't have entered my head to listen to a Firefly based podcast if it hadn't been for the incongruity of seeing these magnificent beasts in an alcove of North-East Scotland on a daily basis. There's just something so reminiscent of Firefly about it!

TALES FROM THE VERSE
Once you get past the cheesy FarPoint Studios intro, the stories are well constructed, superbly read by cast who could pass for Firefly/Serenity actors, entertaining and informative. Informative, how? They fill in background of the 'Verse. In tale No. 16 Kaylee's World, woven in the thread of the main story, we learn about the limits of 'terraforming', the struggles of the early colonists ("settlers") and the reason why a herd of beef on the hoof is so important that Serenity picks up a cargo bay full of cattle in the Firefly episode "Shindig". In tale No. 9 Promises Kept, that Wash's dinosaurs and hoola girl doll are precious memories of the original colonists ark ships. Each story fills out a little more of how the Verse came to be.

Some stories take place before Firefly, some after the Big Damn Movie. Others such as Tale No.13 Dealer's Choice, introduces another altenerative but equally eclectic crew looking for some shiny business in the Verse. I really enjoyed this one, not least because I liked the new characters and found myself easily able to visualise the story as I passed time on the train. 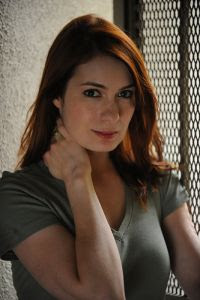 I dunno why but one of the female story readers makes me think of Felicia Day. Certainly not the most unpleasant thought to have in the morning.

There's probably little directly wargameywise in the Tales From The Verse podcasts other than background snippets and some interesting 'non-player' characters. However, the stories could spawn ideas for scenarios such as the Reaver attack in Kaylee's World or what if Saul and companions have to make an alternate noisy exit from the crimelords den in Dealer's Choice.

Regardless, Tales From The Verse are a pleasure to listen to even if just to provide an escape from the enforced boredom of a long journey or a break from the routine of the daily commute to and from work.