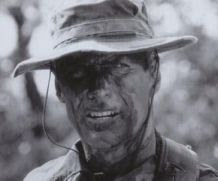 Once again the band is playing the severance polka. Whilst everyone else is scrambling to fill their dance card, I'm putting on my best Clint Eastwood impression as it's time to "Improvisieren. anpassung und überwinden"! (first saw Heartbreak Ridge in Bad Harzburg, 1986ish).

I set out a new career direction over the weekend, found a new job vacancy today that's right in the pipe and going for it, five by five. So just a headsup to say, normal service on Dropship Horizon will be resumed in a day or two once I've honed, sweated over and submitted my application.

.
It's great to see Jon at Khurasan's 15mm 'Spacecraft' (TTC2500) has made it to production. This is more my idea of what a classic Traveller Scout vessel should have looked like, and I can see many roles for it, such as armed blocade runner, "She's the ship that made the Kessel Run in less than 12 parsecs", an assault commando lander, scout, etc etc. 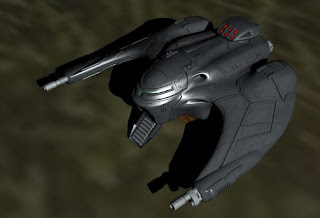 Khurasan Miniatures: 15mm Sci Fi
Spacecraft: TTC2500 $69.95
An impressive model which deserves to appear as a centrepiece on many 15mm Sci Fi gaming tables at a convention near you this autumn. Jon is also doing some crew figures for this ship - I've seen the greens and they are superb! Full of character and a definite 'Must Have' pack!

Looking at the design of the Khurasan Spaceship, I feel it would also make a good alien raider for Jon's Mekanoids somewhat in the style of the reimagined Cylons from the new 2004 Battlestar Galactica. You can easily imagine the Meks landing near a colony and spilling out to destroy the biologicals or take them back to the ship for 'processing'.....

Talking of Battlestar, I still have to see the last episode.... the DVD has gotten itself lost somewhere. Overall, I found the reimagined Battlestar Galactica a bit of a curate's egg saved by a fantastic opening epsiode and great space battle special effects. Don't know about your favourite Galactica gal, Master Chef was definitely in the "Starbuck"- Katie Sackhoff camp, but mine was Lt. "Racetrack" Edmonson played by Leah Cairns.


Looking back over the last few weeks I managed to completely miss out on the Rebel Minis sale at the beginning of June. Typical eh! But my focus was understandibly elsewhere. Having played HALO 2 and 3 consecutively on the XBox I really fancied a flight of Mike's Saber Class Dropships to proxy for HALO  D-77 Pelicans. The Sabers definitely remain on the shopping list being.a good price outwith the sale and Mike also offers Ambush Alley SOG subscribers a 10% discount. Rebel's $5 anywhere in the world shipping also helps mitigate the ups and downs of the pound against the dollar. 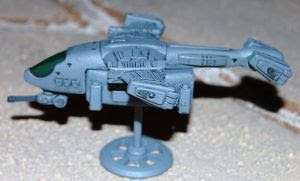 HALO 3 provided plenty of Sci Fi gaming and buckets of inspiration for turning the HALO genre into 15mm tabletop games. Maff (Master Chef) agreed with me that HALO3 was a really enjoyable game and a superb addition to the canon. With Critical Mass Games Kaamados Naga on the near horizon I hope for some HALO inspired action later this summer. Afterall, I have plenty of GZG New Israeli Spartans itching for a good stand up fight!

Looking ahead, I have a whole heap of great stuff from Pole Bitwy to share with you over the coming week.

I've just returned from one of those tear you to pieces over several days, and leave YOU to put it all back together again courses.

I needed a couple of weeks away from things and this course was the culmination of a little bit of me time that I really needed to clear both the physical and mental cobwebs. And I feel great.

Now, World Cup footy has started so I'll keep this short. Thanks to everyone who expressed concern about my health.  Appreciated.

.
Critical Mass Games well and truly turns the heat up this summer. June and July will see the release of the remaining Kaamados Infantry - the Agaamids, Nagas and Dracos!

Must admit that I've been waiting for the Naga since I saw the concept drawings last June and they certainly don't disappoint. 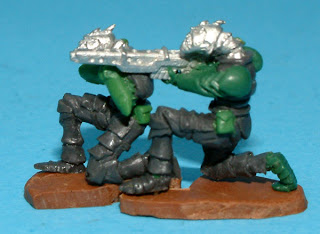 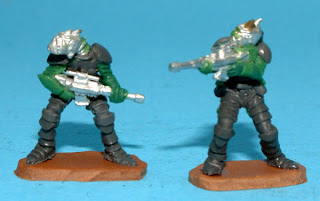 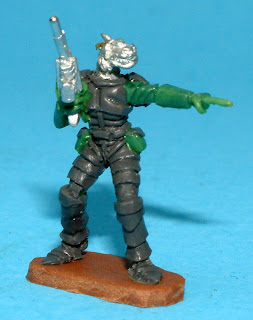 The Agaamid range will have 12 unique sculpts split over 4 packs. 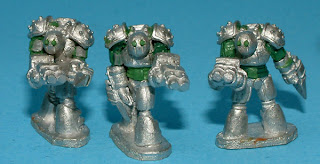 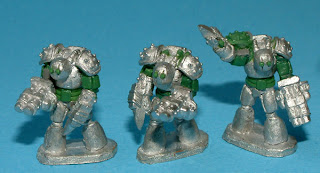 The Draco Aganath Battlesuits (the big buggers in the comparison photo below) will come in three versions: Imperator, Prisca and Maxima. These will be available individually or in a platoon pack.