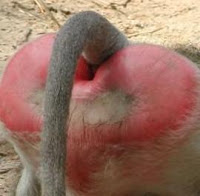 I don't care if you call them Nid Mercs - on my gaming table this week they will be Blu Ars Marines, next week they might be Zoltarian Drop Troops. Humans, clones, synthetics whatever, according to scenario and what the miniatures best pass for.

I just want to be able to put my minis on the table and have enough poses that will compliment each other and allow me to tell a story on each base - this is a fire team giving covering fire, this team is assaulting, this team is under fire and taking cover.

That's the only 'story' I want from your minis.

Have a backstory to present a coherent design philosophy across a range of miniatures, AFVs, heavy weapons and accessories - I applaud that - but I'm still not going to buy into it.

Maybe it's because I'm from the Airfix Generation and not Generation Y, not bought into Warhammer and W40K - I accept this - but I also know when one or more disparate packs are being passed off as "the emperors new power armour" ;-)