.
Keep an eye on the Critical Mass Games Forum where you can follow Craig and Dale as they build Kyushu Bay for a Protolene vs Arc Fleet display game for next year. For more intel click here: Kyushu Bay. 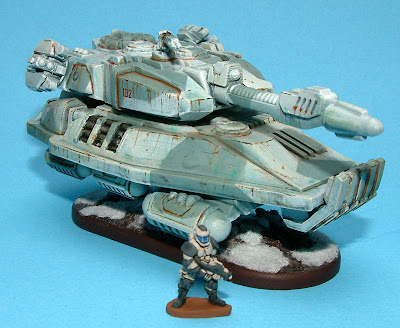 All of this 'Artic' camo makes sense now! 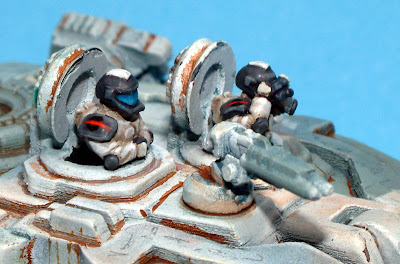 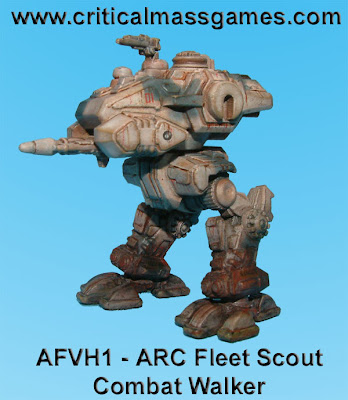 All starting to come together now. 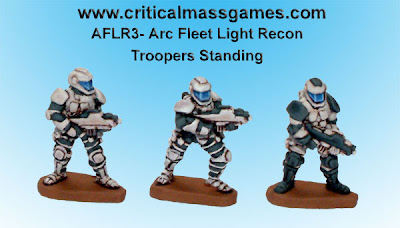 Must admit, all that white makes me think that they
would make very nice troopers on the Solomani Rim

After much vacillation last month I bought a platoon of AVH4 Cannon Support Combat Walkers. Very nice models. I can only describe them as 'meaty' and somewhat brutal in appearance. I'm tempted to paint Forest Green, slap big Red Stars on them and use them with my fledgling WWW2 Soviets. 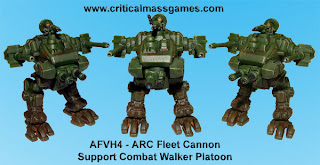 So, I have 3 Combat Walkers now, do I need more? I can hear your voice of reason in my ear Master Chef! If I'm practical, then certainly not. At least, not now we have decided to concentrate on the following Sci Fi game systems:

We Can Be Heroes/Mutants and Death Ray Guns
for individual skirmish and character games as the mood takes us
But, you know, I still have it in my head that I want six Combat Walkers. If just simply because they will look cool en-masse on the tabletop. So, stuff it! I'm going for an additional platoon set of 3 Scout Walkers this month - whilst the going is good! 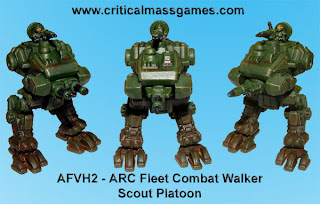 That will seal my vision for a Combat Walker force supported by a horde of GZG aerial drones, plus a selection of wheeled MAWPs (again GZG), mini-walkers or infantry escorts to keep enemy infantry and surface drones at bay.

In fact, with a little license I could also play the Combat Walkers as a Tripod Army with Alien Squad Leader.