Struck down with a headcold, I was at home on Tuesday when the postman dropped off a little packet from Eureka Miniatures. Upon opening it, I discovered my pre-ordered Ventaurans, freshly emerged from Eureka's 300Club.

The figures are as good in the flesh as they appear in these photos Nic released earlier, with the distinctive Ventauran helmet and the tight fitting light bodyarmour and light backpacks.

Weapons-wise, the Ventaurans are armed with light automatic weapons, and have a heavier SAW, plus missile launcher and Autocannon as support weapons. While the weapons are mid-tech, and quite nicely LBB Traveller, the missile launcher and the autocannon are just a little too retro for my liking. I think I can tech up the missile launcher but the autocannon, to me, poses a bit of a quandry. It seems too heavy to be made easily mobile on its ground mount, which seems a little at odds with the general light infantry vibe of the rest of the range.

But having said that, I really like the Ventaurans and I'm glad they're available. I expect them to appear on the Eureka website soon and have included the figure codes on the above pictures for those keen to get in and order some. 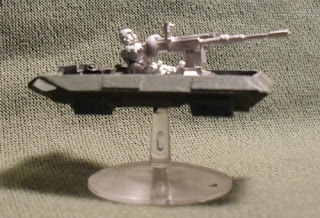 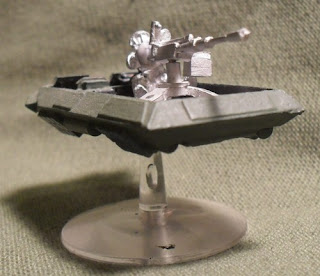 Another view of the technical.