Another cool release from Jon at Ground Zero Games.

Not only are we getting three new variants on the Gauntlet APC, we are also getting new Crusties. Jon was kind enough to send some advanced previews of the Crusty Non-Combatants and the Heavy Armored Support. I'm sure pics of the Gauntlet variants and the new sculpted NAC Power Armor heavies will be out soon. 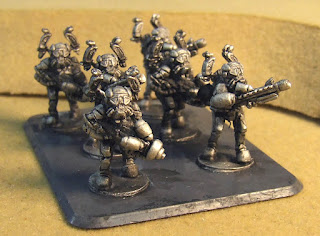 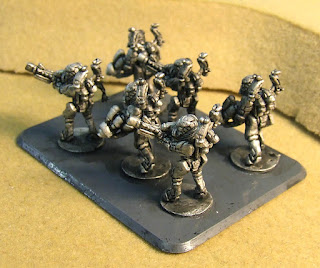 3 each of 2 different figures - one with heavy railgun/launcher and one with heavy plasma projector, to give fire support to the Crusty Armoured Infantry (SG15-X14). Supplied with 6 (optional) separate backpacks.
£3.00 GBP inc. VAT (£2.50 ex-VAT for non-EU customers) per pack of 6 figures. 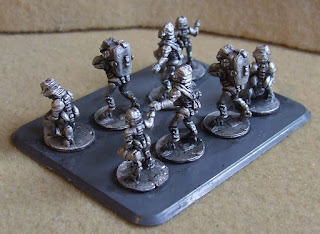 2 each of four different figures - adult carrying large case on back, adult kneeling over box, adult standing with bundle under arm, juvenile carrying cylinder. The latter two figures may be used separately OR posed with the juvenile holding the adult's hand (claw?).

Produced in response to many customer requests, these very versatile figures can be used in many ways - civilians, refugees, scavengers, equipment porters/bearers or  as additional crew and ammo carriers for Crusty heavy weapons teams.  £3.00 GBP inc. VAT (£2.50 ex-VAT for non-EU customers) per pack of 8 figures. 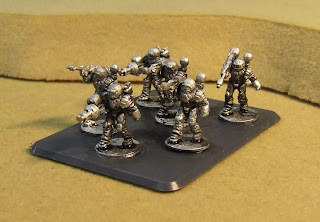 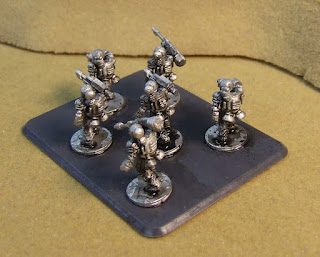 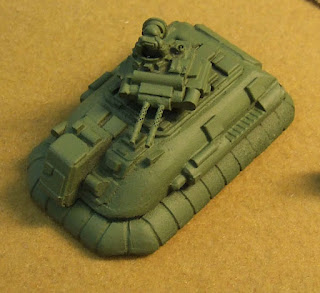 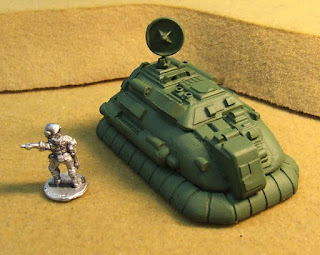 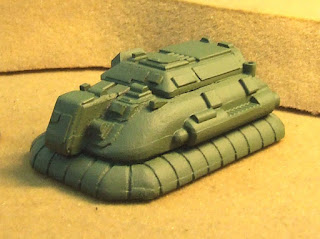 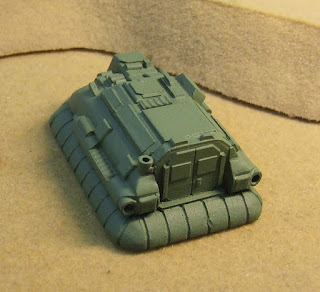 As if this wasn't cool enough, Jon so teasingly promises there is more to come soon!

EDIT: Thanks to Jon for speeding more pics to us for posting the same day!