Power Armor, Sales, and Gremlins in the Machines!

Nobody can say that Brigade Models doesn't listen to their customers!

These 6mm power armor figures were sculpted by Germy and released by Brigade in 2010:

These figures made a big splash in the 6mm world. And they were noticed by our crowd, too - Brigade received numerous requests for 15mm versions. They sent the 6mm versions to veteran sculptor Martin Baker (of GZG and Rebel Minis fame, among others), along with their ideas to increase the detail and weapons variety. The finished items are now available:

Tony Francis was kind enough to send a sample pack, but the review will have to wait until they arrive. But from the pictures, it's obvious that these are going to be very welcome figures. They have a heavier/bulkier stature than power armor from Critical Mass, GZG, and Khurasan. They could be used in lower tech settings, zero-gee environments, or even as power armor for humanoid aliens. I'm thinking of using them with my Micropanzer SAS in Berets.
*     *     *     *     *
And speaking of Brigade Models: 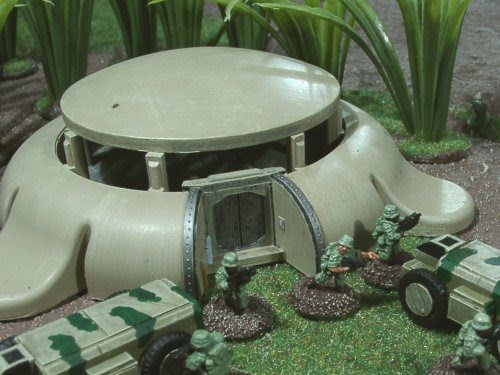 It’s not really summer anymore (even though the weather is as good as it’s been all year !), so it seems a bit of a misnomer, but we’re announcing Brigade Summer Sale, Part #4: Surface Action.

What this means is that for the next 9 days, running from midnight tonight until midnight on the 30th, you can get 15% off both our 6mm and 15mm SF ranges – vehicles, figures and buildings (the only thing not covered are rulebooks and the Xmarx buildings range). 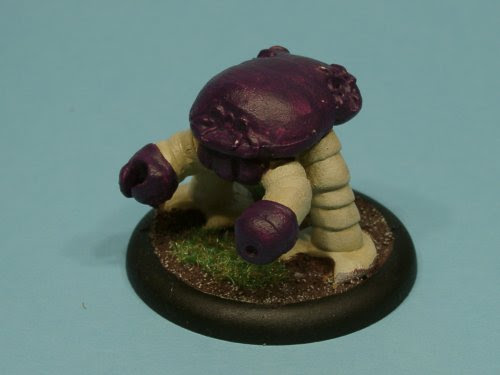 I'm extremely tempted to use this sale to pick up some of the Germy-sculpted Cimexian Bugs. They're wonderfully cheesy creatures - been tempted to get some of these for some time now! 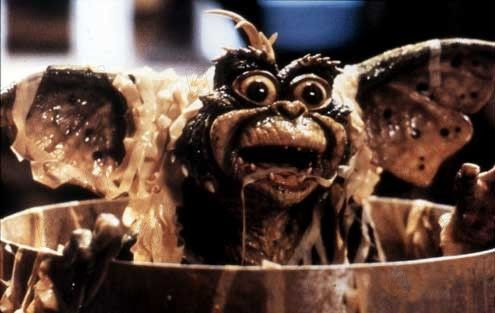 The hard drive on my faithful Asus Eee PC 1000H failed about three months ago. Since then, I've been limping by on my work laptop, looking for a decent deal on a new machine. I finally discovered the Acer Outlet Store on eBay, where they sell their own refurbished items (I'm a big fan of open box/refurbished stuff - same warranty for a cheaper price). Lo and behold, there's a nice Aspire One AO722 - 11.6" screen, 4gb RAM, and a 500GB hard drive, for $245. Figuring I'd never find a better deal than that, I buy it. It comes in a few days later, and I start migrating my music, movies, and wargame files over to the new machine.
Meanwhile, we decided to reactivate cable TV at home. We originally canceled it back in January, running off of Netflix, Hulu, and our own considerable DVD collection. But between college football (my other great passion outside of science fiction) starting up, my wife discovering some new shows that she likes, and my daughter outgrowing her Nick Jr/PBS Kids collection, it seemed like a good time to turn it back on. So I stopped by the cable company to get a digital adapter for my old analog big-screen downstairs, and set up the cable outlet for a high-def cable box in the living room. All the tech had to do was stop by, hook up the cable box, and go hide in a parking lot somewhere until his next service call.
All was great for the first night. The second night, I got a bit frustrated with the tangle of AV cables and power cords behind the downstairs TV...

So I unhooked those cables, set everything aside, and set up a few shelves next to the TV to organize all the devices. Then it was the simple matter of getting verything cleaned everything up and hooked back together.
That's when all hell broke loose.
Once reconnected, I couldn't get a cable signal to my high-speed modem or either of my TV cable boxes. I went through the very annoying troubleshooting motions of unhooking all cables and splitters, hooking each device up to the cable at the house foundation just to get a signal, then watching them not work again after putting the splitter back in. Eventually I troubleshooted to my back yard. What I found defied all powers of common sense and logic. No less than four short 6' runs of coaxial cable, hooked together with basic couplers, were between the incoming line of my property to the incoming port at my foundation wall. I removed that entire mess and replaced it with a single cable. Miracle of miracles, everything worked. I was even able to split off a fourth device, an ancient 19" tube TV in the spare room.
So, after two days of troubleshooting, I sat down with my shiny new laptop to catch up with the outside world.
Squeal. Pop. Blown hard drive. ON MY BRAND NEW COMPUTER? No way - had to be something else. So I popped the hard drive out and connected it to my desktop to check... yep, it was dead. Since it was purchased through eBay, I couldn't simply file a warranty claim... they now mandate a 14-day return policy on all items. I put the blown drive back in, repackaged the laptop, and took it to UPS.

So, farewell new laptop; we barely got to know each other. Back to the work laptop... wait, what do you mean unable to connect to preferred network? The wireless router is right across the room! I ask my wife if she's having issues... not with her phone, tablet, or laptop. Well, what about my phone? Oh, hey, it has a software update... I'll troubleshoot a bit more after it downloads.
Hey, phones, that's a good idea. I have my wife turn on the wireless tethering on her phone, just to see if my work laptop is malfunctioning. It's not - it connects right away. My phone is back up. Same test - wireless tethering through the phone. No problem there. Okay, reboot the work laptop, the home router, and even the cable modem just for fun. Nope, still won't connect, even though it will connect with every other device in the house, and every other device can connect to the router!

By this point, I was too tired to fight anymore. I broke out the old G-speed router from storage, and daisy-chained it to the not-malfunctioning malfunctioning N-speed router. It works now. Not great, but good enough until I get a better personal laptop solution.
Wait, why was my phone now saying the battery was dead? Oh, no big deal. I just forgot to shut off the wireless tethering - that must have zapped the battery. So I recharged it and turned it back on. Four hours later... battery critically low. What the hell was in that new software update?
At this point, I went and hid in a small room with nothing more than a candle and a book. If I touched anything else that week, my clothes dryer would probably have started making ice cubes.
Cheers,
Chris
Posted by Chris K. at Monday, September 24, 2012