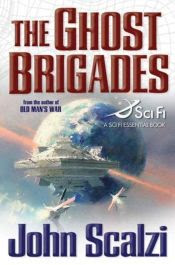 I've spent the last few days consigned to my bed. The reaction to the cats has subsided with the help of a HEPA air purifier, not cheap but cheaper than posting the cats back to the breeder. My chest has cleared but I think it opened me up to a vicious bout of something nasty with flu-like symptoms, which is I am glad to say are starting to dissipate.

The good news is that it's given me time to finish reading The Ghost Brigades by John Scalzi. Bloody excellent read and thoroughly recommended to anyone who wants to write Sci Fi orientated rules, especially if you want to incorporate clones and neural intelligence/communication nets. There are potentially 4 gameable scenarios within the book though the attack on the Heirarch's Palace is gold dust and a must to play. I'm reminded in a small way of a Classic Traveller double adventure; Divine Intervention/Night of Conquest, Double Adventure 6.

At least I was well enough for us to enjoy a beautiful evening last night and whilst Heather took charge of the BBQ, I was able to pour over the first draft of Ambush Alley: Force on Force's futuristic/sci fi variant which Shawn kindly sent me to look at.

Sunset in The Shire
(click on picture for closer view)

The postie arrived with 100 Space Troopers (blame the W40K novels!) and 2 packs of Jet Bikes from Mike at The Scene along with some very nice low 'green' hills. On opening the package Heather says....."You buying a 15mm golf course" but agreed that they were well made, nicely finished and looked good on the tabletop (for 15mm Eastern Front etc).

The Space Troopers are well cast, robust miniatures, though the detail on some of the helmet faces aren't as crisp as they used to be. No worries, a portion of these guys are becoming WWW2 types with Peter Pig WW2 separate heads. The Jet bikes are great and I really like the 'Gimp' helmets worn by the riders. It's a shame only one of the three riders is firing a 'pistol' though, as he does makes for a very nice figure. Recommended! (pics to follow).

The Space Troopers are to fight Battlefront's new Soviet Assault Engineer-Sappers in an never-ending struggle for a decaying and destroyed city. I may, try to sculpt some hoods and masks on the Sappers to resemble the Forge World Chaos Renegade Militia, which I think are brilliant (especially the vehicle crew), sort of Texas Chanisaw Massacre meets W40K!