.
Back in November Jon at GZG took up some of my ideas here on Dropship Horizon for 15mm separate Character Heads (click here). He consequently produced some brilliant 15mm heads for those of us who wanted to give our miniatures a bit more individual character. We had fun building upon the theme of these original heads and the fallout of this is that Jon's had several additional sprues sculpted, two of which are illustrated below: 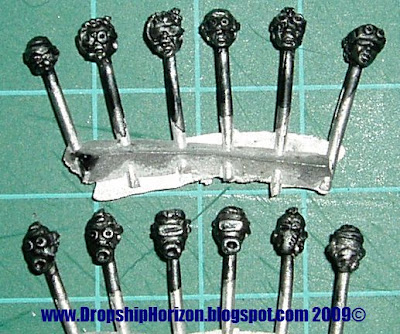 My photos simply don't do these heads justice. They are magnificent. I take my hat off to Chromecat of the D.C.2150 blog, Joe Dragovich and their ilk for their fine conversion work (click here), and these heads present a real bonus to those of us who find we lack the patience (my particular malaise) or the skill to do this sort of thing for ourselves.

Next up from GZG - a 30mm tall human infantry Walker. First of several variants from Jon's workbench. 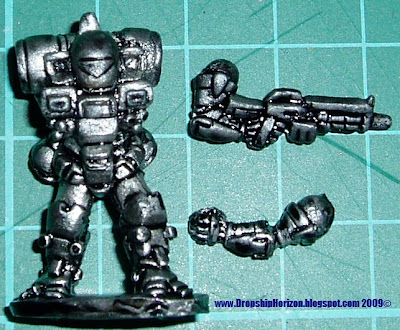 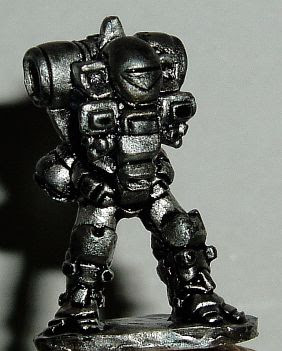 The Walker is 30mm tall and comes with moulded power/jump pack and separate arms. These arms have a ball joint that attaches to a socket at the shoulders which gives you plenty of scope for posing them individually. The detail includes integral smoke or anti-personnel grenade dischargers. 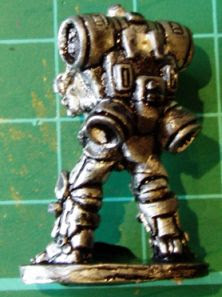 It's a really substantial miniature that has a very real world design about it. I'll pop up a few more photos over the coming weekend once I have the arms attached. If you have suggestions for additional variants/weapon types post your ideas below.

But that's not all from GZG. Jon has also scuplted some additonal support weapons for the New Israelis - a MILAN style missile launcher - I've seen it and am very impressed, together with a HAMR gunner that is still being worked on.

Finally....a new range of Sci Fi troopers are coming from GZG! You are going to love them! Stick with Dropship Horizon to find out more in my first entry of 2010!