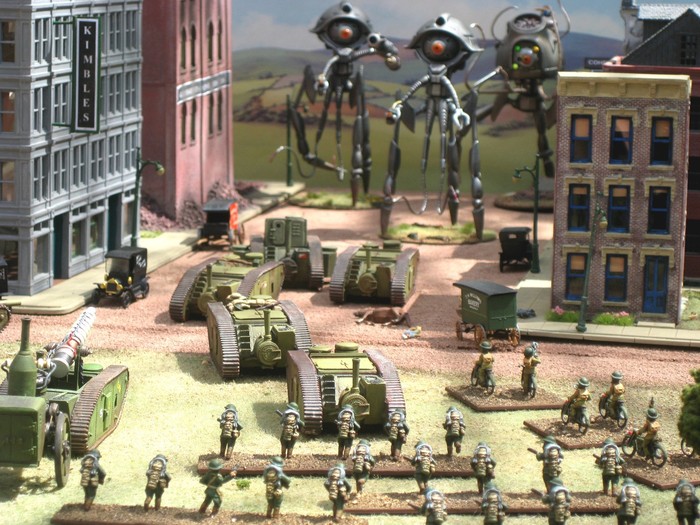 "It’s Tanks vs. Tripods, Big Guns vs. Heat Rays in a new 15mm Miniature Game of all out Interplanetary War in 1910."

This amazing project has just got started on Kickstarter and has already funded and reached its first couple of stretch goals. The All Quiet on the Martian Front Kickstarter promises more stretch goals along with its already quite generous pledge levels.

All Quiet on the Martian Front is a 15mm science fiction miniatures game that lets you play out a second invasion by the Martians from H.G. Wells' "War of the Worlds". This time, however, Earth is ready with war machines of its own and the Martians will find Earth is not so easy. 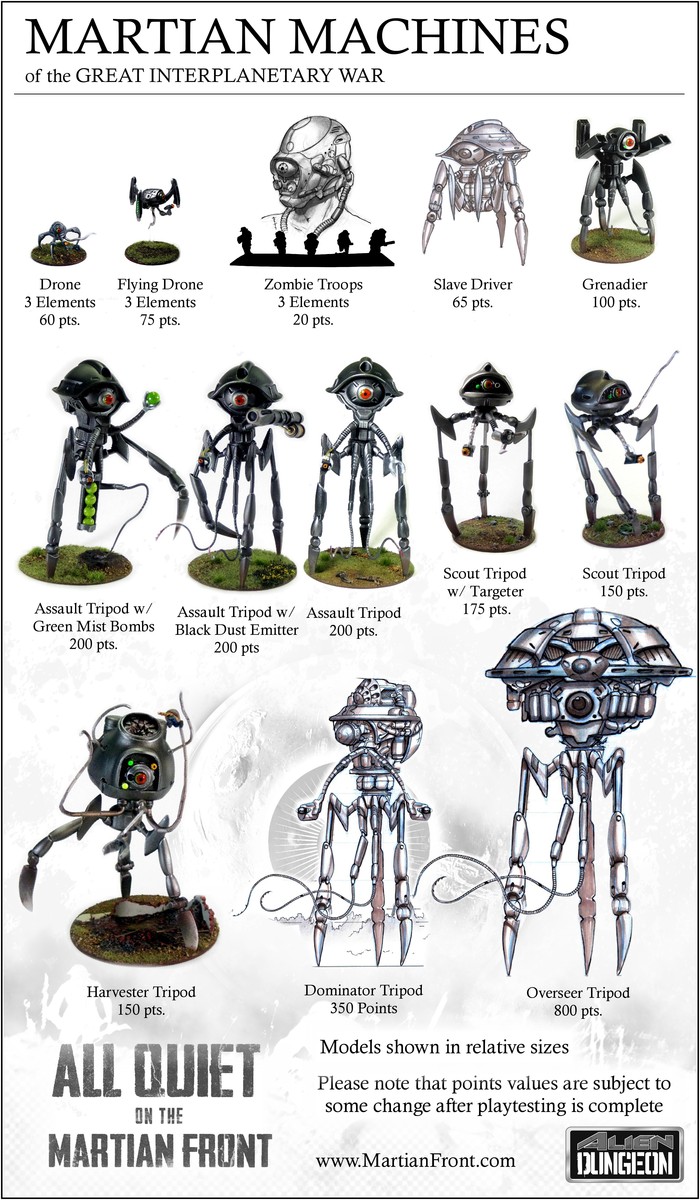 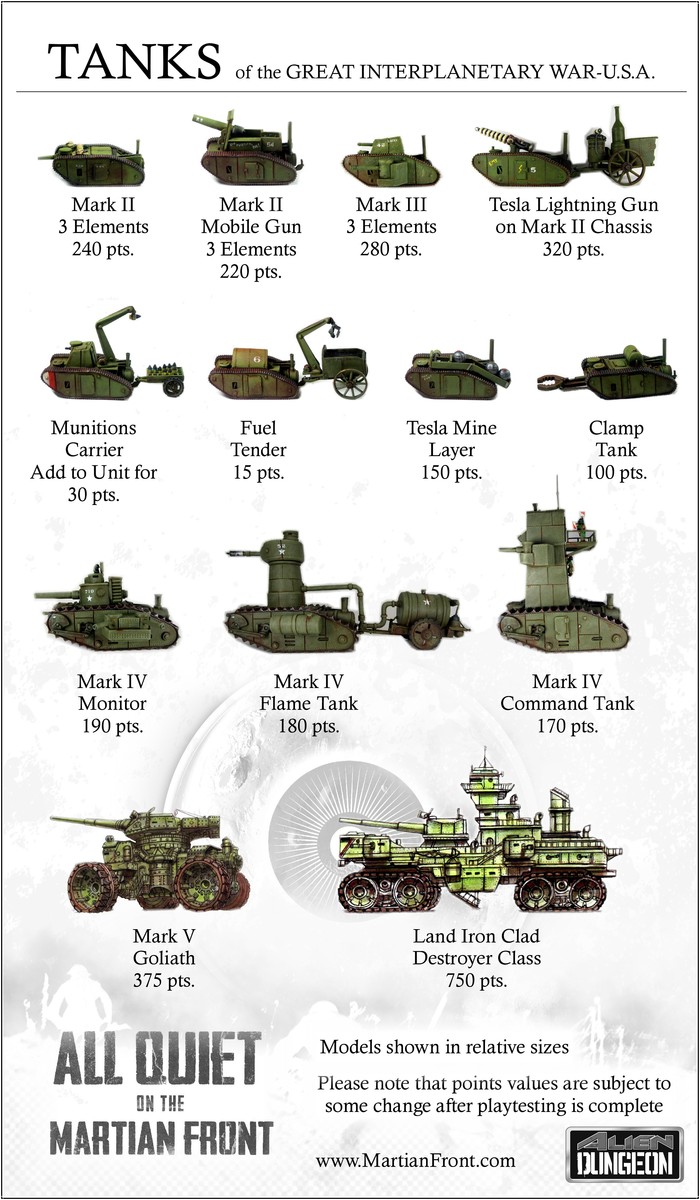 The game brings to the scene a huge collection of new and inspired miniatures depicting troops from both Martian and British armies, each depicting advancements on their respective technologies and tactics. The variety of tripod walkers is amazing and the Martians even have human slave troops. Earth brings to the field specialist troops like motorcycle cavalry, grappler assault troops and even mammoth land monitors.

Check it out and join in the fight!