Wow, Jon keeps the ball rolling with some great stuff.

With the last batch of previews up on the GZG store already, Dropship Horizon is happy to preview two more new ranges that will be coming out shortly. Seen below are the CDF (Colonial Defense Force) and, for the first time in 15mm, the PAU (Pan African Union). These ranges represent solid, mid-tech forces armed with reliable assault rifles and squad support weapons.

ALL-NEW-SCULPT CDF (Colonial Defence Forces) - these are a BRAND NEW range that we haven't previously done in either 15mm or 25mm; they represent a generic force of Colonial Defence light infantry equipped with low-tech but easily maintained weapons and equipment, with simple but robust assault rifles and light machine guns, disposable anti-armour rockets and the like. They are organised as a National Guard or "Territorials" style military force with standard-issue uniforms, helmets etc, and they are ideal for use as local troops for any number of colonial world engagements, either allied with or fighting against higher-tech forces from offworld.

PLEASE NOTE that these packs are a completely different force from our original C01 and C05 "Colonial Militia" range - though we do plan to re-visit those figures in due course.... 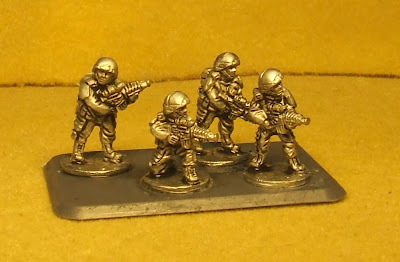 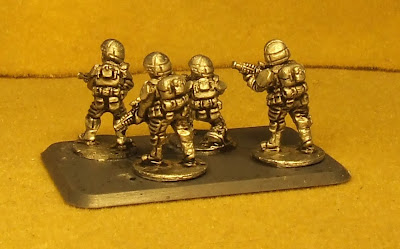 Pack of 8 figures in fabric battledress with light upper-body armour, with open-face helmets; 2 each of 4 different poses, all with assault rifle. 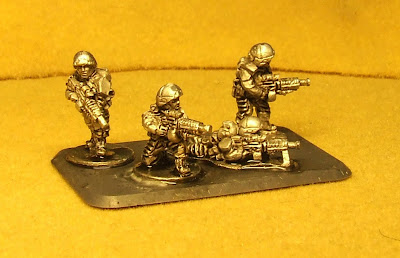 Pack of 8 figures in fabric battledress with light upper-body armour, with open-face helmets; 2 each of 4 different poses, all with standard LMG/SAW (extended version of assault rifle with bipod, heavy barrel and large drum magazine).

Riflemen in field caps, plus support weapons and other packs coming shortly!

ALL-NEW-SCULPT PAU (Pan-African Union) troops - these are new to 15mm, having only been made previously in our old 25mm range; the PAU ground forces are equipped as low to mid-tech light infantry, generally without body armour and wearing either combat helmets or traditional soft jungle caps.  They carry bullpup-style advanced assault rifles, and have lots of slung kit for extended operations as "leg" infantry. 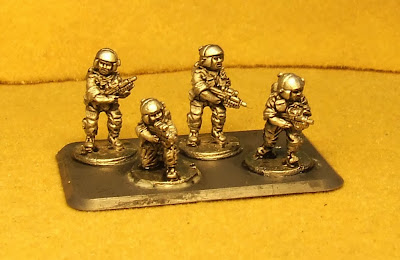 Pack of 8 figures in fabric battledress with combat helmets; 2 each of 4 different poses, all with bullpup assault rifle.

Keep it up Jon!