David, mon beau-père, popped round earlier in the week and dropped off a couple of DVD's for me to watch whilst I'm off work:

Kokoda-39TH BATTALION; starring Jack Finsterer, tells the tale of Australian troops fighting the Japanese in terrible conditions on the Kokoda Trail in Papua New Guinea, 1942. It's essentially a lost patrol movie focussing on 'mateship'. Worth watching in tandem with THE THIN RED LINE (1998).

INTIMATE ENEMIES; Benoit Magimel and Albert Dupontel lead in this gritty French language war movie set in French-occupied Algeria in 1959 at the height of the insurgency.

One of my favourite popcorn war movies of all time is LOST COMMAND (1966), starring Anthony Quinn as a tough French Paratroop C.O.. The action takes place mostly during the Algerian War of Independence (Guerre d'Algérie), 1954-1962. As a result I've always had a fondness for things French Military, particularly set in that post-war period of 'gallouise' French colonial history. 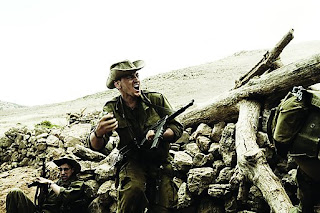 No surprises then that I was keen to watch INTIMATE ENEMIES, and I have to say the film didn't fail to deliver. It's brilliant. Gritty and often harrowing to watch, this is France's very own 9TH COMPANY. The film doesn't pull any punches about insurgency warfare and obviously one can draw comparisons with modern operations in Iraq and Afghanistan, (if you really feel you have to).

But the film also has a timeless quality that could see the action being played out within a TRAVELLER or similar Sci Fi setting. I think the French language, uniforms and equipment plus most of all, the alien nature of the Algerian mountains helps dislocate the viewer enough to be able to picture this as another godforsaken police action, on a godforsaken ball of mud at the arse end of the galaxy. 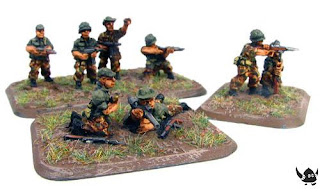