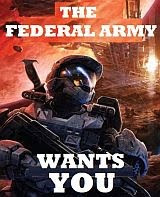 Making an orbital drop through my letterbox this week courtesy of Jon at Khurasan Miniatures the first of his all new 15mm Sci Fi Federal Army range.

These are 'hard' Sci Fi miniatures. Equally useful as Mid-tech Sci Fi or 'Transisitional' Near Future forces - and believe me, they are beauts! Jon first shared the original photos several months ago and I can tell you that the miniatures lived up to my expectation 110%.

Listening to gamer's feedback, Jon had the Federal Army figures sculpted from photos of Modern troops in action in a current combat zone - and it shows. these are not 15mm dollies dressed up and positioned. They are soldiers in miniature.

If you want to know more.... photos with a full review of the Federal Army miniatures will follow this weekend.