Khurasan Miniatures has posted a preview of some great new miniatures over on TMP:

Very pleased to give you a first look at the PNHE teams -- Prohibited Non-Human Enforcement teams who hunt down and eradicate PNHs (aliens who are not SNHs (sanctioned non-humans)) from urban and megurban areas of Core Federal Space. 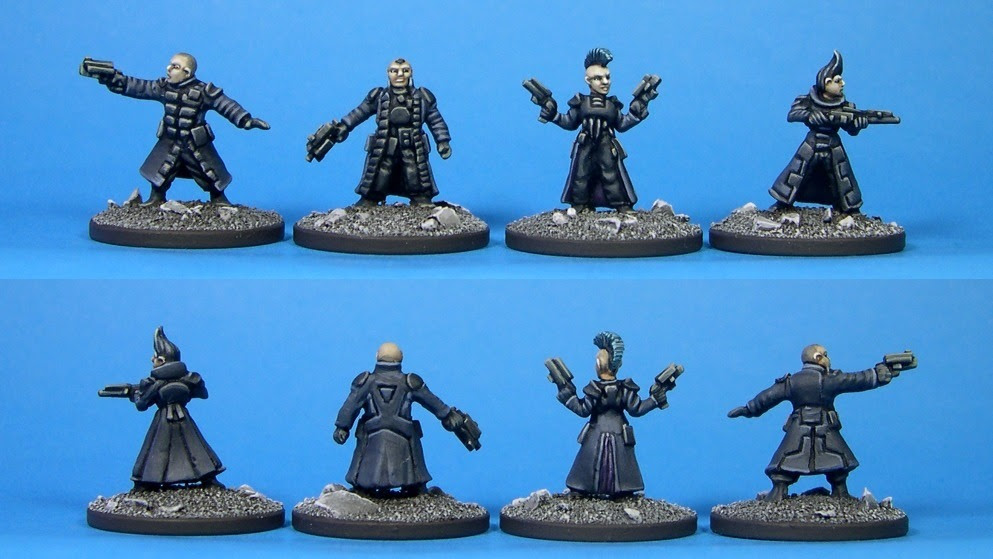 The teams are made up of "Vyborgs," Vitros who have been machine- and computer- enhanced. (More on the Vitros next year -- entire battalions of Vitros are fielded by the Federal Army.)

As PNHs usually hide out in the seedier areas of Federal Megurbs, PNHE teams dress like urban thugs in order to blend in as they carry out their grim task. As combat is usually up close and personal they are generally armed with very powerful handguns, but usually one marksman with a long weapon is in each team.

I hope to release these before the end of the year but it depends when the production sets are delivered. Well, soon! Also coming are teen post-apoc survivors and downed pilots for mechas or flyers. Plus the usual "lots of other stuff!" Great painting here by sturmhalo!


These would be awesome for all types of games, from Judge Dredd, to Syndicate wars and cyberpunk games.