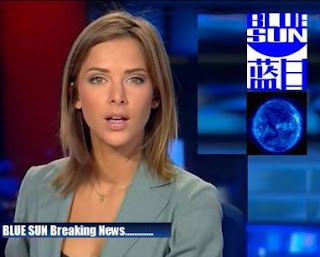 Mt HBX as it has become known, divided the front in two. Heavily cratered McMinsey plateau to the West and the open grassland of the Flymoh District to the East - to the North lay Port Johnson. HBX has been held by Sword World Rifle units for many months as Imperial Ground Forces built up to attack. In the early hours of this morning, conducting a night assault, a four platoon strong company of Imperial Aslan attacked HBX, proceeded by a swift track mortar barrage which weakened the advance enemy positions.

No.s 1 and 2 platoons then shot in 3 and 4 who, led by Clan Sgt Maj G'ngr Moghi overran the Sword Worlders. The Aslan then came under fire from other Sword Worlders dug into a saddle in the middle of HBX. These were then fired at, pinned down and assaulted by No.3 and 4 platoons, the CSM again leading the way and putting the enemy to flight.

Sworld World command was slow to respond - concerned this was a feint - but local reinforcements now reached the crest of HBX and put 3 and 4 platoons under fire. Seemingly unable to pin the enemy by fire, CSM Moghi led repeated close assaults on the flanks of the Sword Worlders all of which were repulsed and casulaties rose - the attack was stalled.

Meanwhile No.s 1 and 2 platoons had moved up and began firing on the Sword Worlders on top of HBX. On the right, 4 platoon could just make out Port Johnson in the early light! The enemy was, in part, pinned by fire and No.3 supported by No.1 platoon charged; they were repulsed and 3 platoon forced out of action. Another assault drove home, leaving one Sworld World position blocking HBX.

A furious volume of fire was put out by the Aslan, pinning the Sworld Worlders, CSM Moghi led the way again, No. 2 platoon attacking while 1 struck the flank. Still the Sworld Worlders held but a final burst of fire from 4 platoon added to their plight and yet another fang, claw, sword and bayonet charge by the Aslan did the job.

Sword Worlders - 2 coy.s of 4 units with 4 bases each, of which 3 were withheld by Command (hah) and 1 positioned in the Port, giving fire support to HBX.

So it boiled down to 50/50 with the terrain (bad going, rocky) giving lots of problems for shooting.

OK, so it was really one of the Mountain Battles from the Falklands Conflict with Aslan as the Brits, but as a test of the rules it stood up well - it was a nail biter at the end as if either side lost another base it was game over and the Aslan had one unit (No.4 platoon) on two hits...... CSM Moghi has been deemed to have rolled a 12 on his decoration roll, BTW! 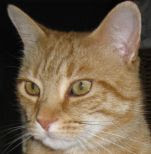 One year on. Thanks for following
Thanks for your support!
.
Posted by Mark at Tuesday, January 12, 2010