Robin Fitton got in touch with the Dropship Crew and shared some sneak peek photos of the Gruntz Imperator 60 ton mecha. You might have seen the concept sketch of it in the main rulebook, but here it is in the resin (which in Robin's words is "a bit rough")! The final model will be in metal though and stands about 80mm tall.

The legs will be posable to make it either standing or walking and some torso twisting is possible as well. It comes with a particle cannon, a missile launcher and the multi-barrel cannon lying in front of it. The metal master has been cast and ready to go into production so we should hopefully see the Imperator available for sale before the New Year.

There are three more mecha from Gruntz in the pipeline as well (you can see one on the Gruntz front page). They range from smaller to larger with one that might be almost twice the size of the Imperator! So get your mech pilots ready...

While it's not up for pre-order quite yet, you can head over to the Gruntz Yahoo group and voice your interest to help gauge how large the initial production run should be. 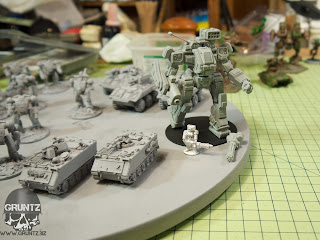 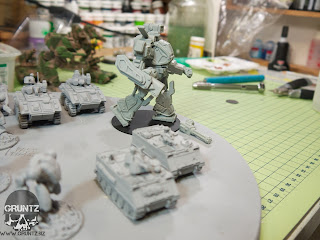 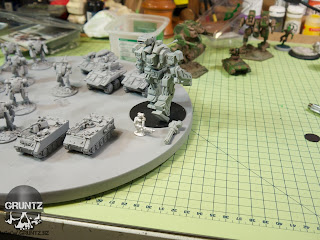 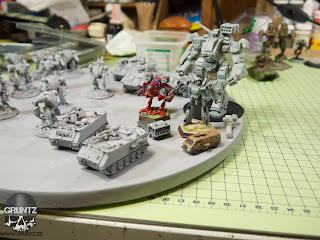 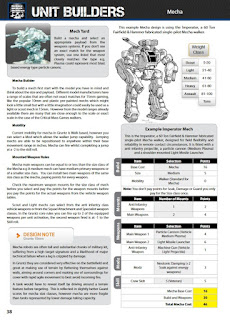