.
If there ever could be such a thing as an Alexander the Great of the Sci Fi universe - it has to be Khurasan's new Felid Baron!

With my latest order from Khurasan Miniatures I can now create a strike company of Jon's excellent Felids. I felt these guys needed a powerful figure to be company commander and Jon has not disappointed with the new Felid Baron. 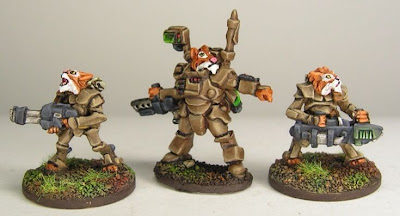 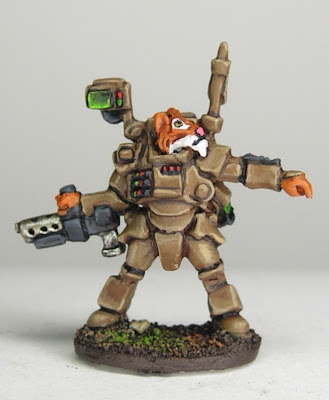 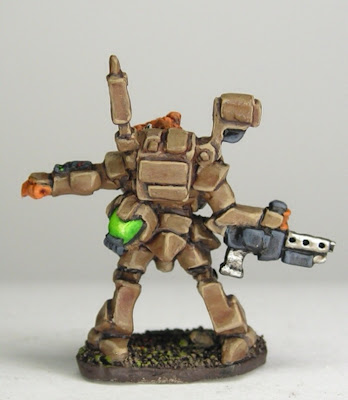 Khurasan Miniatures 15mm Sci Fi
Felid Baron (rear)
painted by Chris Yaro
This miniature will make a great character on his own - be it Adventurer, Imperial Scout, Bounty Hunter, Merc. Even if you don't have a force of Felids for your tabletop, the Felid Baron is a must for any serious 15mm Sci Fi gamer's collection.

Also coming to a wormhole near you shortly are Khurasan's new Mekanoid Grenadiers. Click on the photos for bigger pictures

I can't quite put my finger on it, but there's something chillingly efficient about these Mekanoids which makes them disturbingly menacing. I'm reminded of those killer robots in SPACE TRUCKERS (1996). I think Master Chef has found his Cylon proxies.