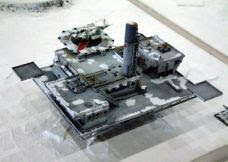 Jon at GZG and Craig from Critical Mass Games have been in touch following SALUTE and reported it as a success. Jon felt it was one of GZG's best yet, selling out of several 15mm lines including the new Spider Drones.

Critical Mass Games sold tons of infantry of all types, but it was the Protolenes and their new walkers that flew out the door, which together with positive feedback from those of you who attended may lead to a possible expansion of the Protolene range.

Craig has sent me his best pics of the day for a Critical Mass Games eyeview: 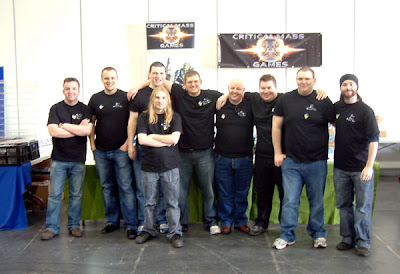 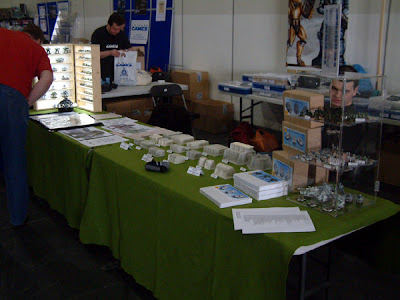 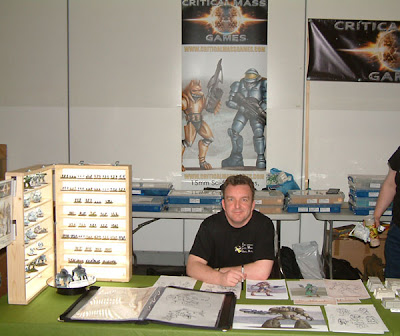 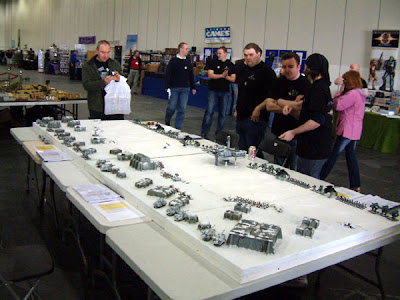 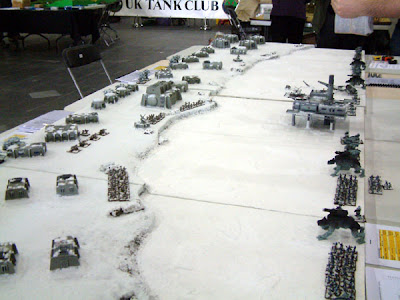 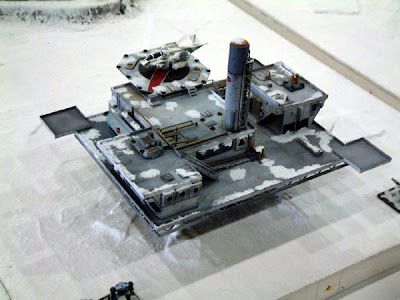 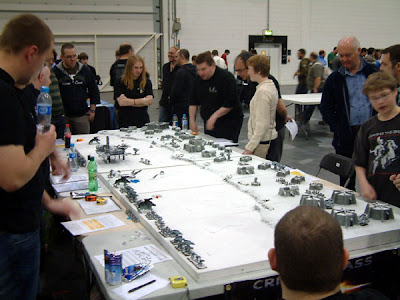 I've been following the progress of Kyushsu Bay on the Critical Mass Games Forum as it was built over the past few months. Craig and Dale put long hard hours in on top of running the business to get this mammoth setpiece ready, and it's a stonkingly good testament to them!

Well done guys and also to the rest of the team from your local club who provided so much support in the run up to SALUTE and who were there on the day for you as well!