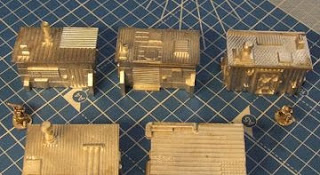 Buy V15-COL4 SHACK SET and GZG will give you a FREE randomly-chosen pack of 15mm SF civilians/colonists to populate your settlement!

OR buy the Shack Set AND the Colony Bar (either A or B version) and GZG give you TWO different civilian/colonist packs FREE!

To claim your free pack(s), you MUST mention this offer and ask for them in the "comments" field of the order!!! 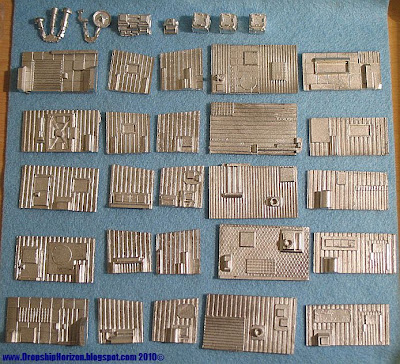 GZG 15mm Sci Fi
V15-COL4 Sci Fi Shack Set £22
The Introductory Offer freebies I received were a pack SG15-V4 Techs and crew, which suits an idea I am mulling over for a 'Company' outpost.

The 'Company' settlement has a group of 'Habi-shacks', a Company Bar/Grill (V15-Col1B), a Company store (V15-Col1A) and a variety of functional buildings based around GZG's Pre-fab Base Modules:

If it's a small Company outpost, perhaps restrict the administrative and managerial overheads to just a Comms Module and Manager's Quarters. Larger Company outposts will have General Purpose Modules as workrooms/tech offices and perhaps an Extended Barracks (V15-PBM5) for tech or specialist personnel.

Carrying on the theme, I wonder if one of the new Critical Mass Games Protolene Ayame Predator Battlesuits - painted yellow, would make a good construction or engineering droid? 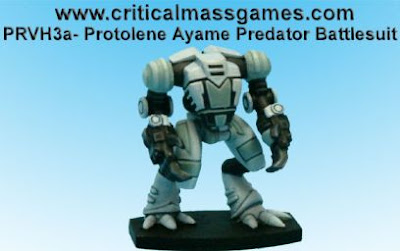 15mm.co.uk also have a lot of decent droids that can inexpensively populate the Company outpost with mechanical help...... but what if THEIR AI is corrupted or deliberately sabotaged! Humans being hunted by their own machines a la Westworld (1973). Great potential for a very different and fun scenario!