.
The world of 15mm Sci Fi has gone into hyperdrive this month with Jeff & Rich at Battle Works Studios developing and releasing a new Startown Slum range of 15mm improvised sci fi buildings.

The Startown Slum range follow hot on the heels of GZG's 15mm Sci Fi Colony Shacks/Shanties but has a unique flavour of it's own. I'm sure both ranges will compliment each other to give us an exciting 15mm tabletop environment. 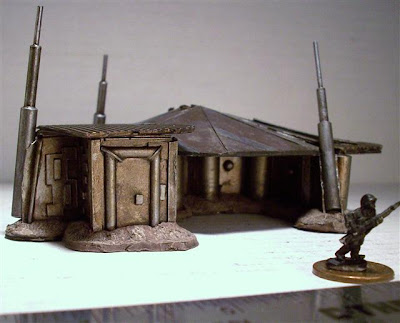 Battle Works Studios 15mm Sci Fi
Startown Slum Building 3
(15mm FOW Soviet for size comparison)
The first release is a series of 5 models designed to create the flavour of a Sci Fi market bazaar. They are cast in resin with separate roofs and detailed interiors. 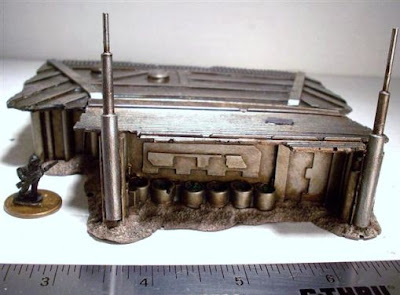