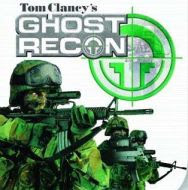 My favourite video game remains the original, the best, Ghost Recon. I've always wanted to replay the missions in 15mm as Near Future/classic Traveller(Mercenary) Sci Fi and at last, with my X-Box out of commission, plus some excellent rules to use as a base (Ambush Alley and Force on Force:Tom.War) I finally have the impetus to get on and do it.

If you are unfamiliar with the genre, Ghost Recon is set in April 2008 (what was Near future, on it's initial release). Ultra-nationalists have seized power in Russia, with plans to rebuild the old Soviet Union. These Ultra-nationalists provide clandestine support for rebel factions in Georgia and the Baltic States.

My favourite missions are:

The missions are all there - I know what terrain to setup, where to place the 'hotspots', SwordWorlders replace the Ultra-nationalists and well, Mission 12. Docks can easily become a Frontier Starport. - it's all so do-able and can easily be transposed into a Traveller:Broadsword style campaign. But, I can also play it simultaneously or even back to back with Moderns/Mod-Future using AA or Force on Force.

So this morning I've been prepping a pack of Rebel Minis' 15mm US Special Forces to use as my 'Ghosts' (Item# 15mm-us-special-forc). Just as well the X-Box version of the game only has fireteams Alpha and Bravo, each with three men, as this is exactly the number of useable figs I got out of the pack.

The three helmeted guys with M4's are brilliant and make a nice 'stackable' team. Shame these are not available separately!!! Even as a 12 figure booster pack.

At least this mini project gives me an excuse to buy Rebels' Modern US Snipers, for those missions where only a sniper will do (Item# RMUSI3). 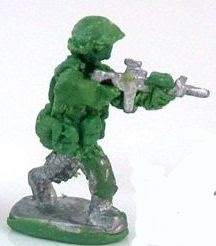 If I want to stick with canon, then I should look to QRF's resculpted Modern US previewed here on Dropship Horizon last month. There's plenty of room to mix and match plus throw in support from US Airborne or Rangers.

Course, nothing to say these Ghost Recon missions can't be replayed with Zod Commandos either! There's a lot of Sci Fi mileage in this. Easy to scale up too - 6 Operators become 6 Fire Teams or more, to suit the size of game you want to play.