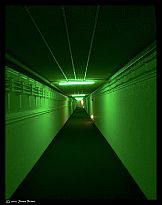 The time has come to make the truth known. There is NO international banking crisis. Governments across the world are colluding with a fabricated story in order to move the massive amounts of funds required into building secret watertight bunkers.

Within these bunkers, government officials, selected civil servants together with key scientific and honorific personages will ride out the impending 2012 apocalypse that will see a Tsunami 60 meters high cross the globe.........

Or so someone earnestly told me last week. Really. And you know what? I find this eminently more believable than the coalition in power claiming that the UK is almost broke. But we can afford to fight wars on two continents, yet can't afford the planes, ships or pilots to actually fight those wars, but oh, can afford a Royal Wedding (Wag The Dog anyone?) and still have spare change to bail out other countries....but I thought WE had NO money... we either do or we don't.

On a serious note. The natural disaster that struck Japan a few weeks back was shocking, almost unbelievable. Whilst a powerful spectacle of destruction, what we witnessed was very much a human tragedy. I was reminded of Obi-Wan Kenobi  in Star Wars sensing the destruction of Alderaan, "I feel a great disturbance in the Force, as if millions of voices suddenly cried out in terror, and were suddenly silenced." 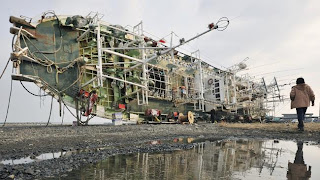 I wondered what would happen to us if such an event struck the coast of North East Scotland? What if an Icelandic volcano created a tsunami in the North Sea? What if the predictions for 2012 are correct?


The Press & Journal would report "A North-East town was destroyed by the apocalypse....more on page 5. Win £100 of Scuba Gear". Meanwhile many of the major population centres of the NE would be drowned listening to Drive Time on North Sound 1.

Given the local lie of the land and that we are 200 foot above sea level wth a range of hills between us and the sea, would we be spared? The answer appeears to be - just. A break in the hills caused by the local river would allow a 50 metre rise in sea water to penetrate the south western edge of the valley and bring the floodwater to within 20 metres of our home. 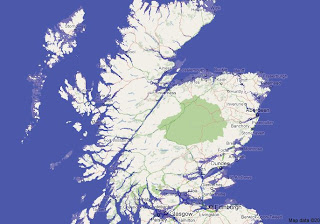 A sobering thought, because it also depends upon the power behind the wave. Personally, as long as I'm not caught at work, I'm heading for the hills - the big green splodge on the map above. I have my hidy hole picked out. Just in case of a Zombie apocalypse you understand. It can happen at any time. The Zombie apocalypse that is. LOL!


If you want to see what effect any rise in sea levels from 0-60 metres would have on your locality or for creating a post apocalypse map - click here. You can manually adjust the sea level rise in the top left hand corner using the drop down box.


NASA's take on 2012 is here. But of course you can't trust what they say, they are in on the plot. They are a government agency and the government don't want to panic the masses. They are right about one thing though (allegedly), and that is the movie 2012 simply sucked!